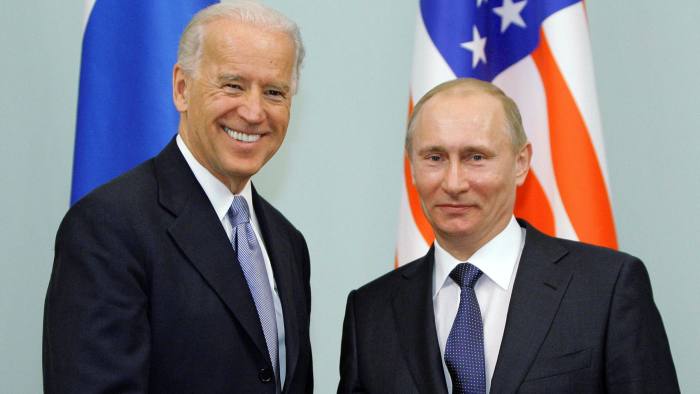 The Kremlin has reacted angrily to US President Joe Biden’s remarks that Russian leader Vladimir Putin is “a killer,” calling the comment unprecedented and describing the relationship between the two countries as “very bad.”

In an interview with ABC that aired Wednesday, Biden said Putin “will pay a price” for his efforts to undermine the 2020 US election following a landmark American intelligence assessment that found the Russian government meddled in the 2020 election with the aim of “denigrating” Biden’s candidacy.
When interviewer George Stephanopoulos asked Biden if he thought Putin was “a killer,” the President said, “Mhmm. I do.”
Responding to the comments, Kremlin spokesman Dmitry Peskov told reporters on Thursday that “there hasn’t been anything like this in history.”
He said it was clear that Biden “definitely does not want to improve relations” with Russia and that the relationship between the two countries is “very bad.” When asked how it can affect relations, Peskov said “it is absolutely clear how,” but refused to elaborate.
“These are very bad statements by the President of the United States. He definitely does not want to improve relations with us, and we will continue to proceed from this,” Peskov said.
Russia pulled its US ambassador on Wednesday in response to the comments. Peskov added he couldn’t say if Putin himself will react to the remark and he insisted the ambassador, Anatoly Antonov, has been “invited” back to Moscow to discuss Russia-US relations.
Peskov said there are currently no plans for Putin to meet with Antonov, but if necessary Putin will have a discussion with him.
In the interview, Biden also claimed he told Putin in 2011 he didn’t think Putin had a soul. Putin’s response, Biden recalls, was to say, “We understand one another.”
“Look, most important thing dealing with foreign leaders, and I’ve dealt with a lot of them over my career, is just know the other guy,” Biden told ABC.
The US intelligence community said in its Tuesday report that the Russian government meddled in the 2020 election with an influence campaign “denigrating” President Joe Biden and “supporting” former President Donald Trump, detailing a massive disinformation push that successfully targeted, and was openly embraced, by Trump’s allies.
The report is the most comprehensive assessment of foreign threats to the 2020 elections to date, detailing extensive influence operations by US adversaries that sought to undermine confidence in the democratic process, in addition to targeting specific presidential candidates.
The President wouldn’t provide more details to ABC on what “price” Putin will pay, but the Biden administration is expected to announce sanctions related to election interference as soon as next week, three US State Department officials have told CNN. The officials did not disclose any details related to the expected sanctions but said they will target multiple countries including Russia, China and Iran.
Culled from CNN
Tags: BIDENPutinRussiaU.S.