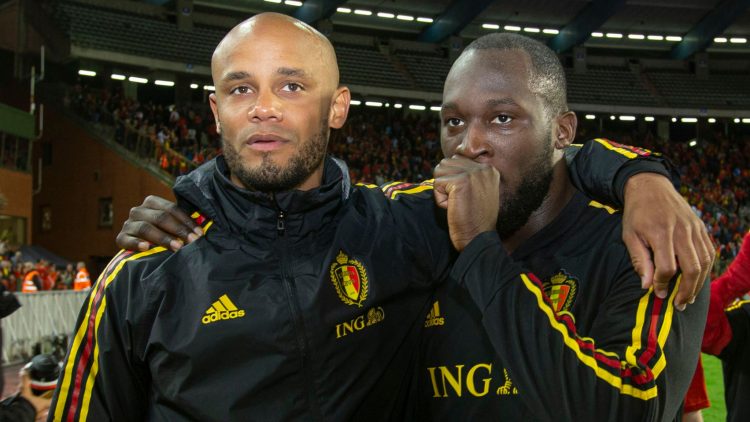 The lack of diversity in football organisations is part of the problem in tackling racism, says former Manchester City captain Vincent Kompany.

The Belgian was speaking in the wake of compatriot Romelu Lukaku being racially abused by Cagliari fans while playing for Inter Milan at the weekend.

Lukaku said the abuse showed the game was “going backwards”.

“Romelu is a victim of something disgraceful not just in football, but also in society,” said Kompany.

Speaking to Sky Sports News, the Anderlecht manager added: “It goes back to who is expected to make a decision on these issues, and it’s in these organisations that the problems lie.

“The real racism lies in the fact none of these institutions have representatives that can actually understand what Romelu is going through.

“That’s the real issue – if you go through the boards at Uefa or Fifa, the Italian League or the English League, there is a real lack of diversity.

“If you don’t have diversity in places of power like boardrooms then you can’t have the right decisions in terms of sanctions – it’s a simple as that.”

Lukaku, who moved from Manchester United to Inter in the summer, was subjected to monkey chants as he scored a penalty for his side’s winner in a 2-1 victory.

A group of Inter Milan fans claim Cagliari supporters were showing Lukaku a form of “respect” and the the abuse was gamesmanship.