Couple arrested with fresh human parts in their room 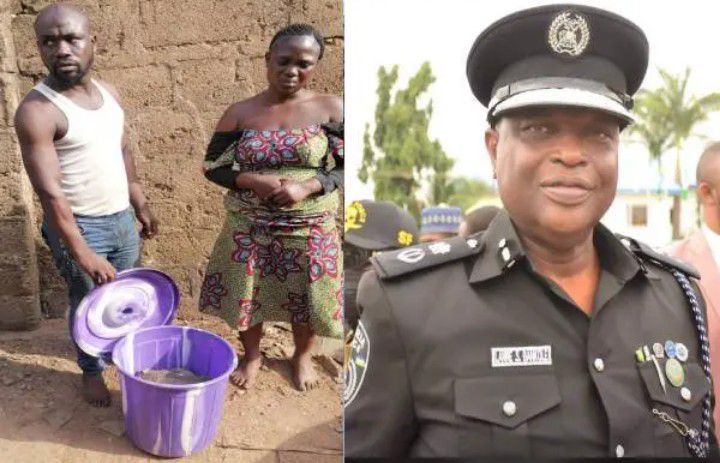 A 43-year old man, Kehinde Oladimeji, and his 35-year-old wife, Adejumoke Raji, have been arrested by the police in Ogun State with fresh human parts inside a plastic bowl in their room.

The couple was arrested in Abeokuta when the odour became unbearable for neighbours.

According to the state police spokesperson, Abimbola Oyeyemi, the couple, residing at 72, MKO Abiola Way, Leme, Abeokuta, were arrested by operatives from Kemta Divisional Headquarters after the community head, Moshood Ogunwolu, reported the matter.

On searching the room, a plastic bowl containing fresh, different parts of human beings was discovered in the room, and the couple was promptly arrested

Mr Ogunwolu had told the police that one pastor, Adisa Olarewaju, who is a co-tenant with the suspects, informed him of offensive odours coming out from the room of the suspects.

“Upon the complaint, the DPO Kemta Division, CSP Adeniyi Adekunle quickly led his detectives to the scene where a search was conducted,” Mr Oyeyemi said.

“On searching the room, a plastic bowl containing fresh, different parts of human beings was discovered in the room, and the couple was promptly arrested.

“On interrogation, the suspects confessed they were herbalists and that the human parts comprising hands, breasts, and other parts, were given to them by one Michael, who they claimed resided in the Adatan area of Abeokuta.

“All efforts to locate the said Michael proved abortive as the suspects could not locate his house.”