Home » News » Sabinus reacts after a show promoter was beaten blue black over his absence at Oko, Anambra (VIDEO)

Sabinus reacts after a show promoter was beaten blue black over his absence at Oko, Anambra (VIDEO) 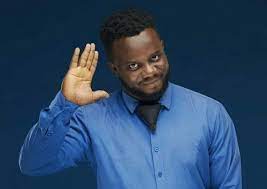 Nigerian comedian, Emmanuel Ejekwu, aka Sabinus, has apologized to fans for being present at an event which held at Oko, Anambra state, after receiving full payment.

According to Sabinus, although he was paid fully for the event, he had health issues and was unable to attend. He promised to make it up to them.

This is coming shortly after the show promoter who organized the event was beaten by angry fans over Sabinus’s absence.

In his words: “My people I know say una dey vex for me but abeg make una no vex. I was supposed to come to Oko yesterday for a show but my health was so bad.

“I just avoided the whole thing because I was afraid of breaking down. And I was coming from Lagos. Abeg make una no vex. Before the first week of December, I will try my best to come.

“I was paid for the event. I won’t lie. It was just my health issues. I will do the refund straight this morning. Abeg make una no vex for me.”

TheNewsGuru.com (TNG) reports that Sabinus apology came shortly after angry students attacked the show promoter and destroyed some of his properties.

A viral video seen showed the moment the promoter in charge of the show ranted bitterly about the harsh treatment he received from enraged students of Oko Polytechnic.

The [promoter explained that he made necessary arrangements with the skitmaker and Sabinus proceeded to film a video confirming his attendance.

He, however, refused to pick up the promoter’s call on the day of the event and this led to angry students mobbing the individual and destroying some items at the venue of the event.

If you're seeing this post like and retweet until sabinus see it make Dem no go kpai this guy🙏#PregnantWife Shettima Olosho #chinablogtv pic.twitter.com/0kjK1NVHFY