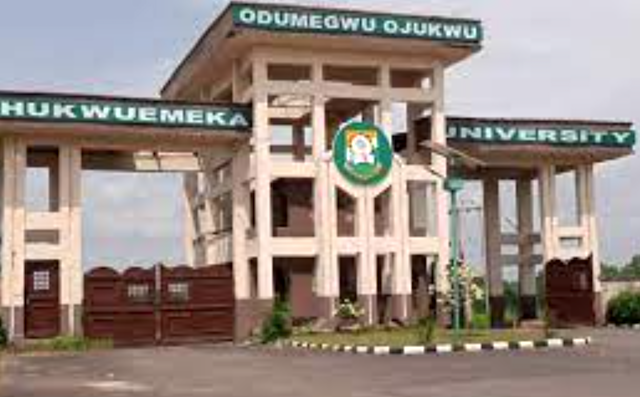 TheNewsGuru.com (TNG) reports that the three students were found dead inside their hostel on Sunday.

The Public Relations Officer of COOU, Dr. Harrison Madubueze, who confirmed the incident, said the date, time and manner of their death are still uncertain at the moment.

In a statement, Madubueze disclosed that the university management received with rude shock the news of the death of three of their students.

He said: “The security operatives are investigating the matter and at the appropriate time, they will make the findings public.

“The university was not in any way aware that any of her students in the second year class and above were still within the University environment.

“This is because the institution closed on Wednesday, August 24, after the second-semester examination and will resume on October 1, 2022.”

Also, Anambra State Police Command has commenced an investigation into the matter.

The Command’s spokesperson, Ikenga Tochukwu, in a statement, said: “On receipt of the information, our operatives quickly moved to the scene and recovered the bodies of the victims. We also recovered substances suspected to be hard drugs.

“Meanwhile operatives from the forensic department have taken over the crime scene as the commissioner of police, Echeng Echeng, has ordered the immediate transfer of the case to the State Investigation and Intelligence Department (SCIID) for discreet and comprehensive investigations”

Senator Ubah speaks on how he miraculously escaped assassin’s bullets

How Tinubu made his wealth before becoming a politician - Alake