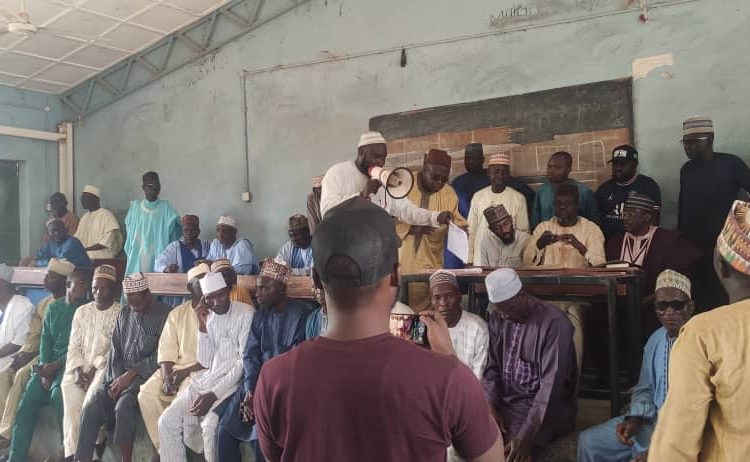 The Senator equally donated relief materials to communities affected by the breakout of violence in the Kaura Local Government.

The items distributed by the Distinguished Senator include; Gallons of palm oil, Bags of rice, cartons of Noodles, mats, blankets, and other domestic and food items. The Senator sympathies with the people affected in these communities and pray that Almighty Allah will give them the fortitude to bear the pains of their lost ones.

Recall that the Senator had equally proposed on the floor of the Senate, an order that will allow the military apparatus to carry out unhindered operations to wipe out the criminal elements from their enclaves. The Senator express deep sadness and pain at the incessant attacks on innocent citizens and their properties.

While the team that visited Giwa Local Government was led by Hon. Bashir Zubairu Birnin Gwari, a former Speaker of Kaduna State House of Assembly flanked by Vice-chairman Kaduna North Hon Nazir Sunusi, Engr Jamil Ahmad Muhammad, Hon Ibrahim Shehu Haske and Alh Ibrahim Musa The team was warmly received by the Chairman, Giwa Local Government council, Community leaders and other party officials. The visiting team was led to the various IDP camps provided for the victims to distribute the materials with them and condole with them on the unfortunate event.