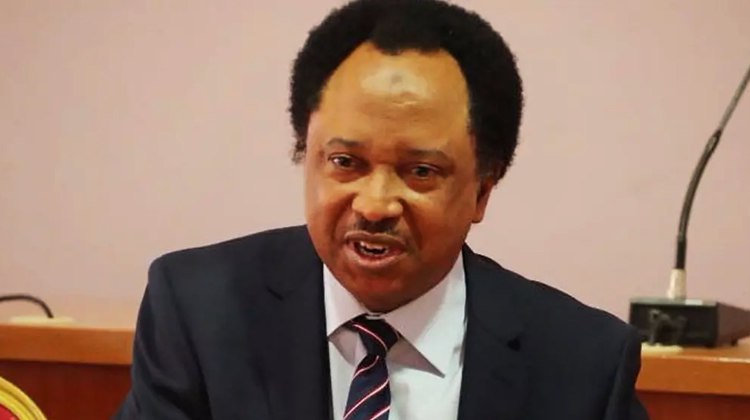 An aspirant of the PDP in next year’s governorship election in Kaduna State, Senator Shehu Sani has promised to end banditry in the state if elected.

Senator Sani said his candidature would being sucviur to the people of Kaduna state who have suffered the consequences of banditry and other forms of security challenges under Governor Nasir Elrufai and the APC.

Sani who represented the Kaduna Central in the 8th National Assembly said he also plans to revive the textile industries.

He stressed that it was unacceptable that bandits decide the fate of citizens of the state, adding that residents could only sleep with their two eyes closed in just two of the 23 Local Government Areas of the state.

The PDP governorship hopeful spoke while addressing journalists at the Nigeria Union of Journalists’ Secretariat in Kaduna on Tuesday ahead of the party’s primary.

He maintained that he remained the only aspirant that could defeat the ruling party in the state in the race to the Sir Kashim Ibrahim Government House.

The former legislator noted that he was not disputing the facts that all the six other governorship aspirants of the platform were eminently qualified, but added that he was the only aspirant that could confront the state Governor, Malam Nasir El-Rufai.

In his words, “my aspiration is not a do or die affair. my aspiration is informed by the fact that the state is badly governed by the APC, and I have a list of agendas on the ground to solve the problems.

“I will also address the security challenges in the state. Kaduna has become a bad example as one of the most insecure states in Nigeria, with the government being helpless.

“It has been 49 days since people have been kidnapped in the Abuja-Kaduna train and the victims are still in captivity.

“As governor, I will ensure that security is manned by experts who are well trained to address insecurity and not journalists.

Sani added, “Kaduna State people today are at the mercy of bandits who now decide who dies and who survives. How come there is no Banditry in most parts of the North but Kaduna, TheNewsGuru.com learnt.

He continued; “I want to address the security challenges in the state. I will not be a governor that will say the security of my people is in the hands of the FG, I will answer my name as the chief security officer.

“When leaders cannot protect you from bandits and terrorists, they have no business being govt. The people of Kaduna are at the mercy of bandits.

“Another major agenda I have is the reactivation of moribund textile industries in Kaduna and provide necessary employment to our people.

“I will also embark on infrastructural development which will not only be about the city. I will spread development across all the local government areas.

“Kaduna is presently under tyranny. Therefore, I will discontinue bad legacies of the APC but continue with local government election where even the opposition can will election.”