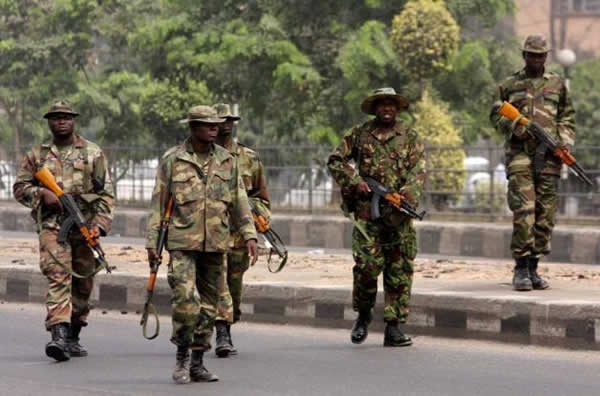 Kalaepele, 27, was allegedly shot dead on Monday night by soldiers deployed to secure an oil facility in the Forcados Terminal in the area of the oil-rich Ogulagha community.

A source disclosed that the teenager in the company of some of his friends had gone to pick snails close to the oil facility, a tank farm, where some men of the Nigerian Army were securing.

On sighting them, the source alleged that the military officers opened fire on them, leading to the teenager’s death while others were arrested.

The youths who protested with the corpse of the teenager around the community demanded the arrest and prosecution of the erring officer.

Speaking on the matter, Ogulagha youth president, ThankGod Iyaragba said: “Around 7-8 pm yesterday, Monday, June 27, 2022, six of the community boys went to the bush behind Forcadoes Terminal, the Pipeline bush, for snail picking, but were intercepted on their way back by the military men.

“One of the boys, Endurance, tried to run out of fear but was shot twice at close range. This prompted the infuriated youths of the community to go on a rampage destroying company vehicles and property.

“They have also taken over the major roads in the community to express their anger”.

SP Augustine, who visited the community, pleaded with the youths to be calm and expressed sympathy with the community and with the family of the deceased. He also promised to investigate the matter.

Meanwhile, the Nigerian Army is yet to speak on the matter.