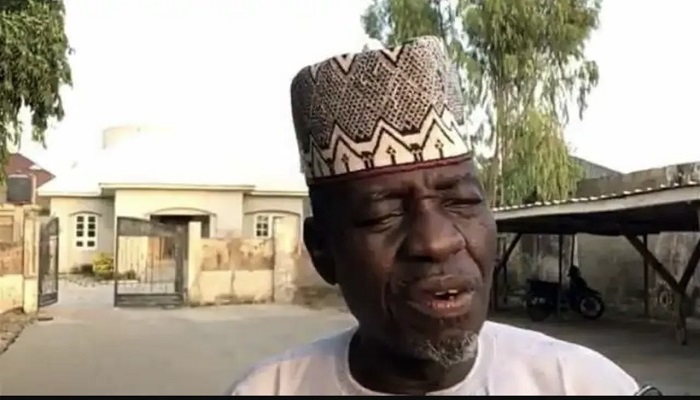 Former Secretary-General of the Nigeria Football Federation (NFF), Alhaji Ahmed Sani Toro, has narrated how his kidnappers starved him and others in captivity for three days.

Narrating his ordeal, Toro stated that he and others were kept without food and water for the period they were in captivity.

He stated this while reliving his experience to journalists at his GRA residence in Bauchi on Wednesday.

He said but for the prayers of his family, friends, and Nigerians, they would have been killed by their abductors.

Toro stated that the kidnappers, who were 12 in number and heavily armed, stopped their vehicle at Anguwan Mallam Musa in the Fada Karshe Armrea of Kaduna State at about 8pm.

“They neither gave us food or water to drink. It was a terrible experience. They were young men in their 30s. We wanted to pray, but they prevented us from performing our prayers.”

“Prayers of Nigerians, especially people in Bauchi, my family, associates, everyone.

“They collected our phones, but they later gave me and asked me to provide a number to call, and that was when I gave Aminu Maigari’s number because we went to his son’s wedding.

“I am grateful to the Almighty Allah for sparing our lives. I am also grateful to Nigerians for their prayers because many people kept praying for us. When I came back, many people, including many prominent people, kept coming here to greet me.

“I thank everyone for the love they showed my family and me throughout this trying period. I felt so much love.”

They did not wear any masks or anything. They left their faces open because they don’t fear anyone. They didn’t fear that they would be recognised; even if you recognise them, what would you do to them?”

Asked if any ransom was paid and how much, Toro, a one-time Commissioner of Sports in Bauchi State, said he was oblivious of the details that led to his release and could not ascertain the amount that was paid as ransom to secure their release.”

He said he had forgiven the kidnappers and asked Nigerians to continue to pray for them.

“We need to pray for them (kidnappers) because they need prayers. It is a very serious and an unfortunate thing,” he said.

Toro, a former Assistant Coach of the Super Eagles, Garba Yila, and one of their friends, Alh Isa Jah, were kidnapped on Saturday while returning to Bauchi from Abuja.

They had travelled to Abuja for the wedding of the son of a former President of the NFF, Alh Aminu Maigari, when they were kidnapped close to Akwanga in Nasarawa State.

The kidnappers had contacted their host, Maigari, and demanded N150 million as ransom before releasing them. They were released on Tuesday after an undisclosed amount of money was paid as ransom.