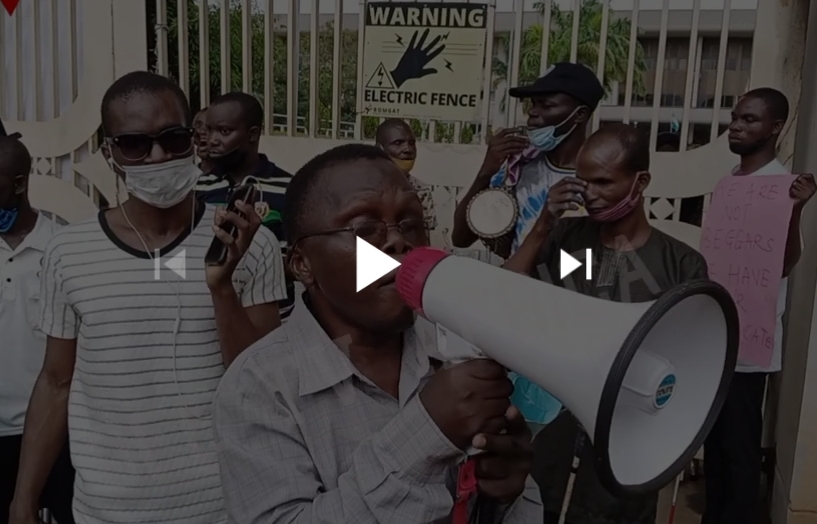 …insist the suffering in Nigeria is alarming

…vow not to leave until there’s a response

PWDs threaten to sue INEC if excluded from electoral process

Members of the Association of physically challenged Nigerians on Tuesday raised alarm that their members are committing suicide on a daily basis due to starvation and unemployment in the country.

TheNewsGuru.com (TNG) reports the group besieged the office of the Secretary to the Government of the Federation, (SGF) Boss Mustafa, demanding for employment promised by his office.

Leader of the group in the video clip vowed that they won’t vacate the outer gate of the office until they get a positive response.

He said: “our members have been committing suicide almost on a daily basis because of lack of job and even the loan promised us was not effected.