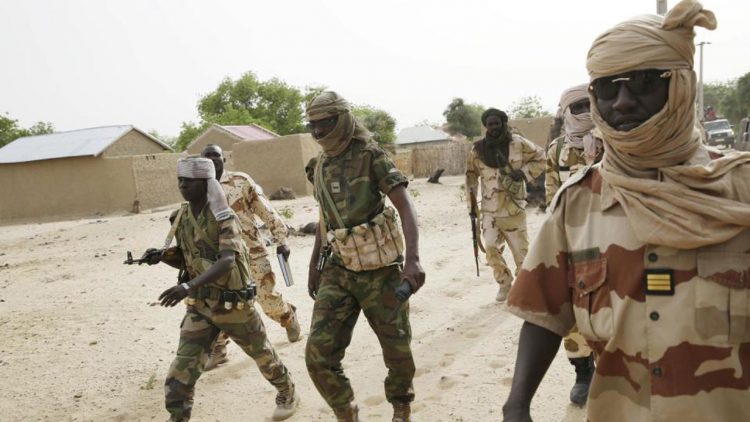 Nigerian Army Operations Media Coordinator, Col. Aminu Iliyasu, stated this in a statement on Monday in Abuja.
Iliyasu said that the successful ambush operation conducted by the troops of 21 Special Armoured Brigade on Dec. 4 at Darel Jamel, Bama LGA of Borno led to the rescue.

He added that the troops killed a number of Boko Haram terrorists while several others escaped with gunshot wounds during the encounter.
According to him, the combined troops of 68/94 Battalions of Operation LAFIYA DOLE also uncovered a Boko Haram enclave and engage it with devastating volumes of fire at Malam Fatori in Abadam LGA.
“Without any attempt to return fire, the cowardly criminals scampered into the nearby bushes in complete disarray.

“Subsequently, the troops immediately embarked on an exploitation of this success by pursuing them along their withdrawal route.
“During the said exploitation, troops discovered a body of one Boko Haram terrorist and further observed several trails of blood along the said route.
“Additionally, two AK47 Rifles, two AK47 Rifle magazines loaded with 30 rounds of 7.62mm Special ammunition each and three unexploded mortar bombs for making Improvised Explosive Devices (IEDs) were captured from the insurgents.
“Other items equally captured include, one bundle of IED cable, one IED battery, one camel bag, three motorcycles, three sets of overall cloths, bedding materials, cooking utensils, food items, motorcycle spare parts, 122 cylinder tubes and various mechanical tools,” he said.

Iliyasu also disclosed that troops of 144 Battalion engaged and neutralized three insurgents at Limankara in Gwoza during a failed attempt to infiltrate the troops’ location on Dec. 3.
He added that a Boko Haram terrorist, Abba Modu, voluntarily surrendered to the troops of 3 Battalion at Gamboru in Ngala LGA on Dec. 3.

According to him, preliminary investigation revealed that he joined the sect in 2015 and was a member of Mamman Nur group.
“He also disclosed that he actively participated in rustling cattle for the sect.
“He, however, declared that he regretted his past actions and called on his former colleagues to use this opportunity to surrender to authorities so that they do not perish as sinners,” Iliyasu disclosed. 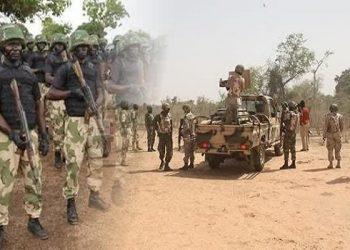 Why it matters to update your Android smartphone plus how to