Vatican speaks on Pope Francis ‘Hell does not exist’ comment

by Femi Ajasa
in News, Top Story, World
41 1
0
17
SHARES
423
VIEWS
Share on WhatsAppShare on FacebookShare on TwitterShare on LinkedInShare on TelegramSend as Email

Three days before Easter, the Vatican tried to tamp down a firestorm over a comment attributed to Pope Francis that hell “does not exist,” which would mark a historic break with teachings of the Catholic Church.

The Vatican on Thursday rebuked Eugenio Scalfari, 93, a well-known Italian journalist who is the founder of Italy’s La Repubblica newspaper.

When asked where “bad souls” end up, according to the article in Thursday’s La Repubblica, Francis reportedly said that those who repent can be forgiven, but those who don’t repent simply “disappear.”

And then came the four words heard ’round the world: “Hell does not exist,” the article quoted the pope as saying. “The disappearance of sinful souls exists.”

The Vatican issued a statement after the comments spread like wildfire on social media, saying the pope never granted the interview and the story was “the result of (the reporter’s) reconstruction,” not a “faithful transcription of the words of the Holy Father.”

Worst of Covid-19 over in Italy – Pope

Scalfari, an atheist, is known for not using tape recorders or taking notes during interviews.

Tags: hell does not existpopeVatican
ADVERTISEMENT 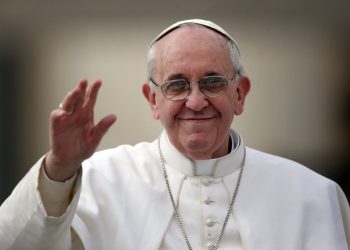 Worst of Covid-19 over in Italy – Pope

Plans ongoing by some groups to disrupt 2019 election – Security chiefs