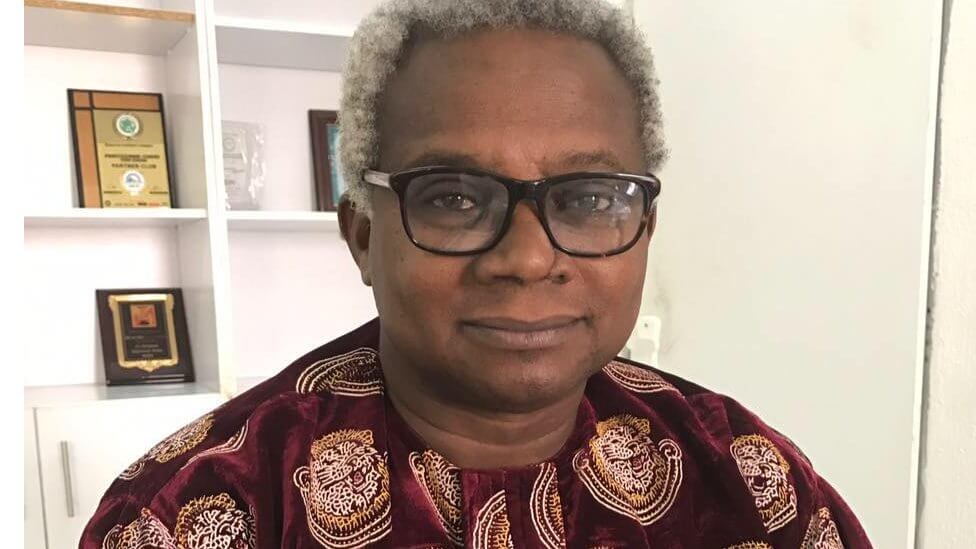 The Director-General of the Voice of Nigeria (VON), Osita Okechukwu has predicted the All Progressives Congress (APC) presidential flag bearer, Asiwaju Bola Ahmed Tinubu’s chance of winning the 2023 general election is by 60 per cent.

He made this prediction on Sunday while chatting with newsmen at the party’s National Secretariat in Abuja.

Assessing the party’s candidate for the February 2023 presidential election, Okechukwu rated Tinubu high, insisting that the APC standard will win the election by 60 per cent victory over his other opponents.

Hear the APC leader: “Asiwaju has 60 percent of winning this election. We are in charge of 22 states of the federation. We have the majority in the National and State Houses of Assembly – they are not going to betray him.

“Even in the South-East, that has never been our (APC) stronghold, on the day of the election, we are going there to protect our mandate.”

Okechukwu argued that aside from the growing popularity of the APC flag bearer, he said all political appointees of the present administration who are party members would equally ensure victory for Asiwaju Tinubu.

According to the VON boss, “Whatever is my preference, if I want my office to remain it means I must support Asiwaju, it’s applicable to those who are board members whether you are coming from Yenogoa or Dutse so that is the power of incumbency.”
On the opposition parties, Okechukwu dismissed the Labour Party candidate as no match and argued that the emergence of Atiku Abubakar as the PDP and Musa Kwankwaso as New Nigeria Peoples Party (NNPP) candidates negate the convention of rotation system, adding that this would be their albatross.

“They don’t believe in rotation convention. For them, the agitation or the glue and the bound that rotation created since independence. When Tafawa-Balewa as Prime Minister, the president or governor-general was Nnamdi Azikiwe from the South. When Gowon became Head of State, Obafemi Awolowo was his deputy, the same thing with Murtala and Obasanjo. Obasanjo/Shehu Yar-Adua; Shagari/Ekwueme down the line.

“It’s not as if rotation is a new thing. So, for the PDP because of Atiku’s muscle, they jettison the rotation of the presidency which was an injury to himself. Some of us in the south will forbid him because he touched on the ligament that is holding the country.

“That is why we thank the northern governors because they recognised the import of that ligament. You may not take it seriously but if you know the sense of belonging it brings to the north and south you can’t just dismiss it.

“So APC obeyed it. Kwankwaso I know they were afraid of us. I don’t want to name names. This rotation may not have its legal teeth but rotation is a convention. It has its moral angle. That’s why the UK does not have a written constitution they live on conventions. Atiku will not know what he did to himself until the day the votes come.

So is also the way Kwankwaso is playing with us. The areas he will capture in the north, I know he is not going to give up and since he doesn’t obey the convention, he will not nominate somebody to go with Peter and if Peter does not go strong north, we will be in CPC and ANPP in 2003 we had 12 million votes we didn’t win the south.