by Bayo Millz
in News
Reading Time: 4 mins read
A A
0 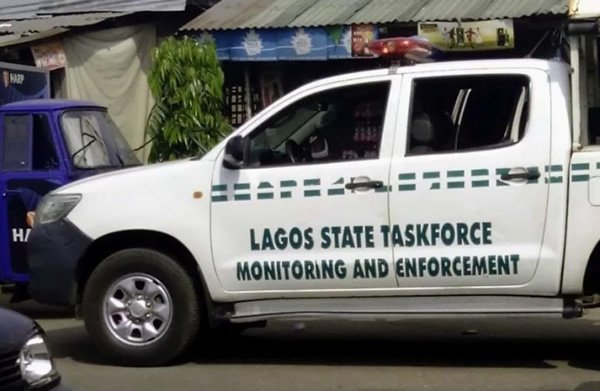 The Lagos State Environmental and Special Offences Enforcement Unit (Taskforce) has distanced itself from the setting ablaze of a commercial bus driver whose vehicle was allegedly impounded.

A statement signed by the agency’s spokesperson, Abdulraheem Gbadeyan, stated that ” the Taskforce officials had no hands in the enforcement for compliance that led to a commercial-bus driver setting himself ablaze to resist his vehicle from being impounded by yet- to-identified-security agents.”

The Chairman of the Agency, CSP Shola Jejeloye, in his reaction to a report on the incident said that at the time of the incident, his men were still at the base.

“The accusations are utterly inaccurate and misleading as investigations and the eyewitness accounts of persons who were present at the scene of the incident had categorically revealed that the driver, one Mr Ayo aka ‘Eru’ poured petrol on himself to scare the security operatives from enforcing the traffic law which he violated.

“After the operatives had left, luck ran out on him and some of the hoodlums present mistook him for one of the security operatives and set him ablaze.” he said.

The chairman stated that the act of setting self ablaze, robbing self with faeces, chasing law enforcement officers with urine and other crazy acts are now the new waves of resisting arrest by recalcitrant motorists who had developed the habit and passion for violating the State Traffic and Enviromental laws.

He, however, said that if they were bold enough to be serial law breakers, they should be courageous enough to face the consequences of their illegal actions rather than constituting nuisance on Lagos roads.

Jejeloye also stated that one Mr Festus Ugbesia from Mafoluku in Oshodi area who claimed to be the owner of the bus drove the victim from the scene of the incident down to the agency’s headquarters.

Jejeloye also alleged that Ugbesia incited the members of public against the agency that the officials of the Taskforce had been fingered for setting the victim ablaze.

“It later dawned on him that the personnel of the Taskforce had no hand in it when he discoverded that our men and officials were still on the parade ground preparing for the task of the day while the transport department of the agency was still sourcing petrol for their operational vehicles at the agency’s headquarters.

“We have had many instances where imposters carried out illegal activities and mentioned the names of Taskforce personnel in the process, thereby, leading to the public pointing accusing fingers at us.

“We have arrested a few of the imposters and we will keep doing so until they desist from tarnishing the image of the agency.” he said.

He stressed that not all security operatives you see on Lagos roads are attached to the Taskforce.

“Officials of the Taskforce are trained, enlightened, educated, and are professionally equipped enough to distinguish between traffic offence and criminal offence.

“Traffic offence is not a criminal offence, as such, minimal or zero force has to be applied in carrying out the enforcement.

“Enforcement all over the world is not a tea party and in most cases, it is not people friendly, that is the reason why Taskforce operatives do not get any support from passers by during their operations. Rather what is always obtainable are little truths but massive lies against the agency” , Jejeloye said.

Jejeloye stated that the officials of the Taskforce assisted the victim to quickly get medical attention from the Lagos State Teaching Hospital (LASUTH) as part of the agency’s patriotic act and corporate social responsibility.

“Let me emphasise here that for us as an agency of government, we believe that it is better for us to allow an offender to go unharmed than to cause an injury.

“The officials of the agency are being led by Senior Police Officers who are well trained and exposed. We are civilsed, educated and professional to have allowed such an incident to happen during any of the enforcement operations,” He said.

The chairman admonished all recalcitrant offenders and advised them to know that traffic offence is not a criminal offence.

He advised offenders to always keep faith with the country’s judicial system and summon courage to submit self for prosecution at the Court for any offence committed.

“It is better and cheaper for them to face the reality of the offences they committed, rather than being evasive or demonstrating insanity to escape arrest which is no longer acceptable to us. Nigerians are no fools.” he added.

Jejeloye advised members of public to be vigilant, report any suspicious activities around them to the agency and help it in its drive to fish out fake policemen parading themselves as officials of the Taskforce .

He implored the residents of the state to support the agency in its efforts to instil discipline and achieve the State vision of zero tolerance for driving against traffic and other related offences.

“Taskforce was created to maintain law, order and sanity where there is none.

“Enforcement of traffic laws is not a tea party as any offender will do anything humanly possible to escape justice. In the process, the offender can kill, maim and cause serious injury to innocent members of the public in his bid to escape from the scene.

“Though the incident which occurred is highly unfortunate and regrettable, I will like to clearly state that it was not carried out by the officials of the Lagos State Taskforce.

“Infact we are too careful and professional to allow our operations degenerate into that ugly incident. I will like to urge residents of the state, particularly the media practitioners, to tow the line of best practices and verify their findings scientifically before publication.

“The #EndSARS impasse is still fresh in our memory and we must avoid a repeat of that ugly incident.” he said.