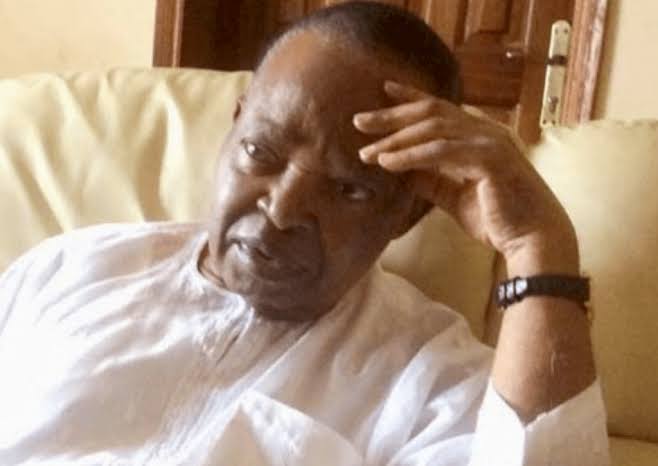 President Muhammadu Buhari and former president Olusegun Obasanjo have opened up on the death of former Senate President Joseph Wayas.

President Buhari condoled with the family of Wayas on the passing of the elder statesman, whose “influence and contributions to Nigeria’s democracy remain indelible.’’

The president’s condolence message is contained in a statement released by his Special Adviser on Media and Publicity, Mr Femi Adesina, on Thursday in Abuja.

How Nigerians in diaspora should vote during elections – Obasanjo

NNPC Limited and echoes of 2007 – By Magnus onyibe

President Buhari noted the sacrifices of Wayas, who started taking up leadership responsibilities at an early age, turning a Senate President at 38, and remaining vibrant and dynamic in mentoring leaders long after he retired from politics.

The president joined the National Assembly, Government and people of Cross River, his friends and associates in mourning Wayas, believing his legacies would be approximated for posterity.

He prayed that his soul would find rest with the Lord.

Meanwhile, Obasanjo has disclosed that the late Senate President, Dr. Joseph Wayas, lived for the welfare and security of the common man.

The late senate president died early hours of Wednesday, in the United Kingdom after illness at age 80.

Obasanjo, in a statement signed by his Special Assistant on Media, Kehinde Akinyemi, on Thursday in Abeokuta noted that Wayas would be sorely missed in view of his giant political strides.

The former president noted that Wayas contributed to the building of the Nigerian nation, starting from his birth place, Bassang, in Cross River to every nook and cranny of the country.

“Dr. Wayas was a special breed who contributed immensely to the development of the country and became a parliamentarian in the second republic.

“He was such a great patriot who had contributed his own quota to the legislative governance and overall development of Nigeria.

“He always pitched its tent with the truth. He maintained a cordial relationship with his colleagues in the Senate and well-groomed in legislative practices and procedures,” Obasanjo said.

His knowledge of practices and procedures of the senate, according to Obasanjo helped him greatly in running the affairs of the upper chamber of the parliament.

“He lived for the welfare and security of the common man. His passion about a better and safer society was exceptional.

“His steadfastness, commitment to the cause of one Nigeria and optimistic spirit towards national development will continue to inspire us both now and in the future,” he said.

The former president described the death as painful and commiserated with his family, Gov. Benedict Ayade, the entire people of Cross River and all associates of the late statesman.

Obasanjo prayed the Almighty God to grant the late leader a place among the righteous ones in paradise.

“May God also grant members of his immediate family the people and government of Cross River, the fortitude to bear this irreparable loss,” he said.