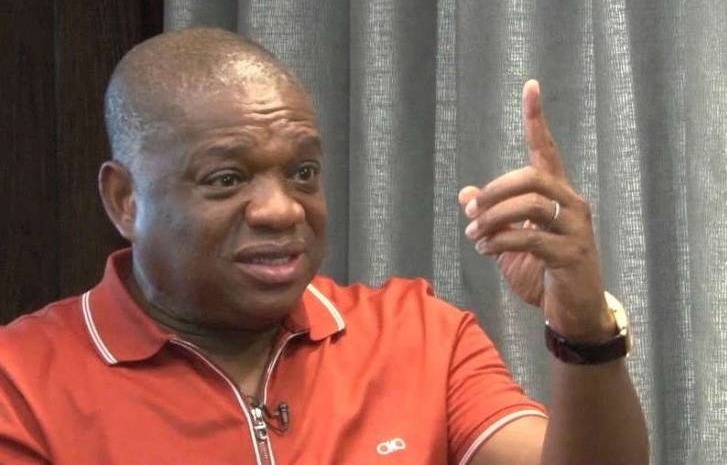 The Chief Whip of the Senate, Orji Uzor Kalu, has advised the embattled leader of the proscribed Indigenous People of Biafra (IPOB), Nnamdi Kanu, to consider the consequences of some of his actions.

Kalu made the call on Monday when he paid a visit to Kanu who has remained in the custody of the Department of State Services (DSS) in Abuja.

In a post on his official Facebook page, the former governor of Abia State said, “I understand that Nnamdi has an insane amount of people rooting for him back home and I encouraged him to consider the consequences of certain actions and utterances for the sake of the same people”.

“Even though my ideology and his ideology are totally different, God has made us brothers and we can’t run away from each other.

“I owe him and Nigerians good counseling …Whether he and his family listen to me or not, I will continue counseling him as I have always done in the past. What we need most is a peaceful and secure society,” Kalu declared.

President Buhari made the pledge when he met with a group of leaders from the South East under the aegis of Highly Respected Igbo Greats.

He, however, noted that the plea for Kanu’s release is an extremely difficult demand on him as leader of this country.

According to the president, “the implication” is very serious. An unconditional release of Kanu, who is standing trial, according to the President, runs contrary to the doctrine of separation of powers between the executive and judiciary.

Stressing his policy of non-interference with the Judiciary, he said when Kanu jumped bail, got arrested, and was brought back to the country.

“I said the best thing was to subject him to the system,” Buhari added.

President Buhari further stated that Kanu should go make his case in court instead of giving very negative impressions of the country from outside.