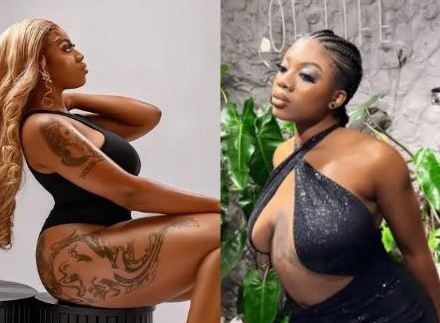 BBNaija 2021 finalist, Angel Smith, has once again managed to raise eyebrows as she revealed why she cannot have only one boyfriend.

The reality TV star took to her verified Instagram page today, November 22nd, 2022 where she made this known to all and sundry.

According to Angel, She always wants to have only one friend but she can’t because of other men.

Backing up her sarcastic point, Angel said whenever she thinks about single men who are lonely, she always feel sad for them and that’s why she can’t stay with only one boyfriend.

Angel tweeted; “Sometimes I want to have only one boyfriend and then I think about all the single men that are lonely and I feel sad for them 😔👍🏿.”

See some of the reactions that have started trailing Angel post on not having only one boyfriend below;

iam_unclebabz: The streets own her. A Queen.

@EmmanuellaOwan; My dear, you can never see any man that is lonely…

@OAvadoo: Hahahaha…… Sharing is an option.

@favfavy003: Hope you blocked your boyfriend from seeing this tweet 😂.

@Jonesink007: Women are the only lonely people in this world Most will die in their bed alone.

@AdejohSamuelSu1: Angel has sympathy for we men that are single 😜 oshey I have waiting for u since the 90s ✌️✌️. 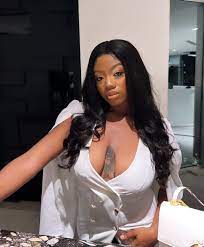 TheNewsGuru.com (TNG) reports that Angel was born in the year 2000 to London-based parents. She is originally from Akwa Ibom state. She lived in Nigeria while her parents lived in London.

Angel studied at Marywood Girls College, Lagos, then proceeded to the University of Lagos (Unilag), where she was a student for about two weeks. However, she attended no lectures during that period.

The reality TV star dropped out of Unilag without the consent of her parents. While talking about her life on the Big Brother show, according to BBNaija Angel, she dropped out of university because of pressure.

Angel later enrolled in a British foundation college to study mass communication but dropped out.

BBNaija Angel’s struggle with suicide and depression and love
Life has not been rosy for BBNaija Angel. BBNaija Angel attributed her struggles with schooling to her mother’s intense pressure and high standards. She started harming herself at 14 and has been in and out of depression.

The 21-year-old was in a relationship before going into the house. BBNaija Angel shared the sad story of how she lost her first boyfriend in 2019.

According to her, she is “single and ready to mingle,” and had made it known that she is not ready to get into a serious relationship until she recovers from the death of her boyfriend.