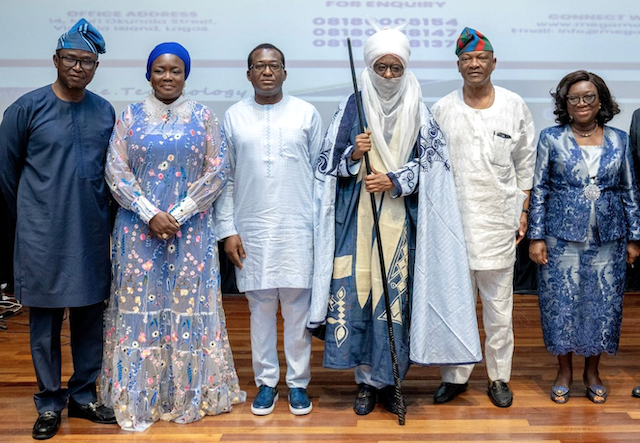 Prof. Ayodele Coker, a Professor of Psychiatry and of the Department of Behavioural Medicine, Lagos State University (LASU) College of Medicine, Ikeja, Lagos has said the psychological health of leaders should be evaluated before they contest and are elected into office.

TheNewsGuru.com (TNG) reports Prof. Ayodele Coker stated this while stressing that a leader that is not aware of his own psychological challenges, cannot be aware of the psychological issues Nigeria is faced with as a nation.

He stated this at the 7th Colloquium of the Akinjide Adeosun Foundation (AFF) to mark the 54th birthday of the Founder of the foundation and CEO of St. Rachael’s Pharmaceuticals Nigeria, Mr Akinjide Adeosun.

Coker said: “A leader that is not aware of his own psychological challenges, cannot be aware of the psychological issues of Nigeria. By recommendation, it is important that leaders are made to undergo a psychological fitness examination before they are elected”.

TNG reports that AAF was set up to impact lives, particularly those of less privileged children in the areas of education and health and it has been consistently on for the past seven years.

The foundation also gives awards to deserving successful individuals who have contributed meaningfully to the nation’s economy to serve as an encouragement to the younger generations.

Several prominent Nigerians who spoke at the 7th Colloquium, which was held with the theme: “Are Good Leaders Scarce in Nigeria?” assert that instituting a proper structure is key to grooming competent and visionary leadership in the country.

According to them, good leadership requires focus, courage, humaneness, resilience, firmness, compassion, knowledge, integrity, communication, ability to listen and learn and these are what the country needs today.

A former Governor of the Central Bank of Nigeria (CBN) and 14th Emir of Kano, Sanusi Lamido Sanusi slammed the government of President Muhammadu Buhari and bemoaned the current situation and happenings in the country at the Colloquium.

Speaking at the colloquium as well, Jimi Agbaje,  a Nigerian Pharmacist and Politician, urged everyone to think inwards and sincerely imagine at least three persons they could consider as role models or good leaders and why they considered them so.

Agbaje, who was a former governorship candidate of the Peoples Democratic Party (PDP) in Lagos State, said that thinking so would give a clue to whether good leadership existed in the country and the consistency.

Also, Mrs Alero Onosode, a seasoned Human Resources Executive, said the outcome of a leadership dictated the quality of leadership.

“It’s the outcome of a leadership that dictates the quality of leadership. Leadership is not a rank or a position,  it is a choice to look after the person next to you. Envisioning a good leader is not the one that has only eyes, but the one whose minds are open to see.

“If you cannot see for yourself how your tomorrow will be, then you are not a leader. Leaders inspire and mobilise,” Onosode said.

According to her, the first convert for every leader is one’s self.

“If you have not mastered or conquered yourself you cannot conquer anyone else. A leader is only a leader because he’s part of the work. Leaders should not just give instructions but also be part of the work;  a good leader builds others. Leadership is about passing the baton, and ability to inspire others.   A good leader creates other leaders,” she said.

TNG reports that the 2022 Integrity in Leadership Award as well as 2022 Excellence in Leadership Award were given to two deserving Nigerians – Otunba Olumide Osunsina, the MD of Megamound Investment Limited and Mrs Foluso Onabowale, CEO TowerCross Limited.

Some of Nigeria’s security challenges are imported – Buhari

Some of Nigeria’s security challenges are imported – Buhari