Why we want passenger airport in Edo North – Shaibu 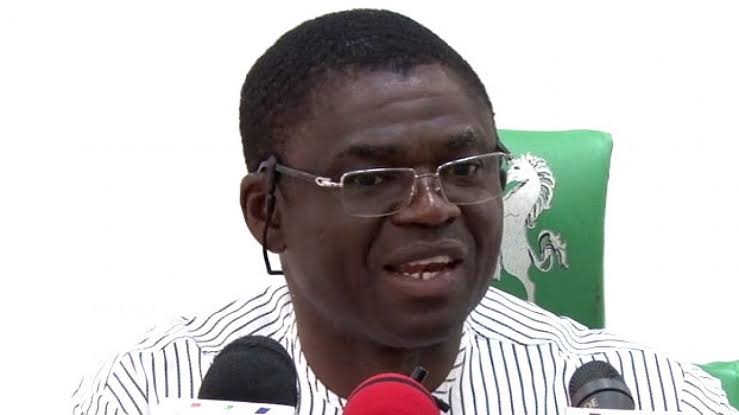 Deputy Governor of Edo State, Rt Hon Comrade Philip Shaibu has explained the rational behind the ongoing efforts by the Federal and Edo State Government in ensuring a standard passenger airport in Edo North Senatorial District.

According to him, “airports are important parts of economic infrastructure which significantly contribute to economic growth and overall development. When completed, the airport will fuel economic development in Edo North by attracting investors and promoting commerce due to massive raw materials naturally deposited in the district”.

He maintained that Governor Godwin Obaseki administration is deliberate and methodical in ensuring that no economic potential is neglected but must be exploited by creating the enabling environment for investors to take over the driver seat through the provision of necessary infrastructure, like airport and other social amenities to enhance economic growth.

The Deputy Governor who was represented by his Chief of Staff, Jimoh Ijegba Esq, said the decision to establish the airport in the location was taken by the State joint committee and the choice of Uzairue was unanimous due to the high presence of industrial and agro processing factories in the area with access to good road network. “Our decisions are always based on the economic value and benefits to our people.”

The Chief of Staff said the “presence of officials from the Federal Ministry of Aviation and the Nigerian Civil Aviation Authority (NCAA) here today to inspect the project site is a confirmation of the effort of Governor Godwin Obaseki in spreading massive development across the state. After today’s inspection and all necessary approval secured, work on the Edo North airport will commence immediately”.

While thanking the Governor for his vision, the ,monarch of the community, HRH the Ogieneni of Uzairue Kingdom, Alhaji Imonikhe Omogbai who was represented by Alhaji Baba Saliu Egele who is also the Chairman, Uzairue Community Development Association described the initiative as a welcome development, he assured both the federal and state government officials that the community will give the contractors the needed support and encouragement to ensure that the project is completed on record time.

On their part, leader of the delegation from Abuja, Engr Clement Awogbami who addressed the media after tour said they are in the State to get soil samples and other raw data that will enable them evaluate the suitability or otherwise of the location.

“From what we have seen here today, I don’t think there’s any hindrance or hazard that can stop the airport but based on our final findings we shall come out with our report,” Awogbami said.