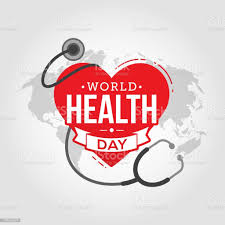 In line with the annually celebrated April 7 World Health Day, WHD, a group known as Stable Health Initiative, has said it would provide free preventive and emergency coverage in Nigeria.

World Health Day celebration, each year, draws attention to a specific health topic of concern to people all over the world.

COVID-19 in Africa peaks with 6,400 deaths recorded, says WHO

The date of April 7 marks the anniversary of the founding of World Health Organization, WHO in 1948.

The group noted that according to the World Population Review (https://worldpopulationreview.com/countries/life- expectancy), Nigeria currently has the 4th lowest life expectancy in the world.

“The unique feature of the Stable Health Initiative is the combination of preventive and emergency coverage for all the registered beneficiaries (registrants). Registrants would have access to:

“FREE HEALTH EDUCATION: Registrants would be given a broad overview of the importance of lifestyle, diet and environment in improving their health status.

“FREE ANNUAL CANCER / GENERAL HEALTH SCREENING – This would be timed to coincide with the birthday of each registrant. One Mobile Cancer Centre (MCC) is to serve one million registrants.

The group explained that its broader vision is to establish Nigeria’s first Comprehensive Cancer Centre (CCC).

It asserted that the CCC would be the first world class institution
in Nigeria and would be accessible to all social strata, since it is aimed at providing free service to those who need it most.

“The BIG WAR
is operated by the National Cancer Prevention Programme (NCPP), an initiative of mass medical mission (m3).
NCPP has led community-based cancer prevention in Nigeria, since 2007.

” In 2017, a fleet of Mobile Cancer Centres (MCC) was deployed, to great effect. The stable health initiative is being inaugurated to anticipate and complement the impact of the proposed CCC.

“The free emergency ambulance service would ameliorate the burden of acute
emergencies, now compounded by COVID- 19. Eventually, the ambulance system would be integrated into the
Critical Care Centre/System of the proposed CCC,” Stable Health Initiative stated.