Home » News » ‘You have no place to hide’, Buhari sends warning message to bandits as Tambuwal confirms killing of 43 people in bloody Sokoto attacks 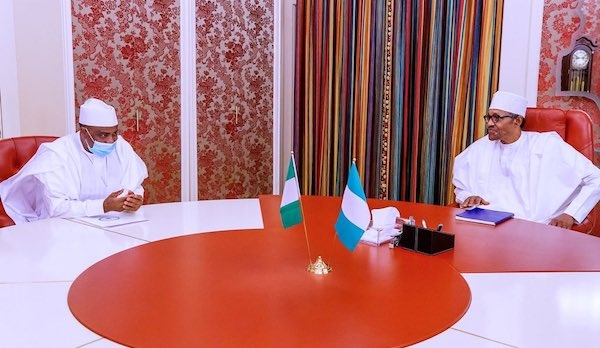 Forty-three people have been confirmed killed in the wake of the attack by bandits on Goronyo township in Goronyo Local Government Area of Sokoto State.

The state governor, Aminu Tambuwal, who made the clarification on Monday said the toll was confirmed after due diligence on figures of those who lost their lives to the market attack that occurred the previous day.

While receiving the Chief of Army Staff, Lieutenant General Farouk Yahaya, who paid him a courtesy visit at the Government House, Governor Tambuwal had said the bandits killed about 30 people.

“The number of people that died in Goronyo; I did say it was above 30. I was not categorical about the figure,” he was quoted as saying in a statement by his media adviser, Muhammad Bello.

“We just finished a meeting with some stakeholders and I have confirmed that we lost 43 people, unfortunately to that incident. May God Almighty have mercy on their souls.”

In his reaction to the killing, President Muhammadu Buhari sent a tough warning to bandits, saying their clock of ultimate destruction was ticking and they would no longer have a place to hide.

“The days of the bandits are indeed numbered because the military capabilities of our forces are being boosted by the acquisition and deployment of advanced equipment,” he was also quoted to have said in a statement by his spokesman, Garba Shehu.

According to the President, bandits are living in the fool’s paradise of invincibility, but reality will soon dawn on them harder than ever before.

He stressed that the criminals were under desperate pressure because of the intense and sustained air and ground operations against them in their hideouts by the nation’s security forces.

“The cowardly attacks on innocent people by the bandits show a rear-guard action of criminals under pressure,” President Buhari added.

“But they will have no place to hide, and our gallant security forces will not relent in the current offensive to defeat these callous enemies of humanity.”

He appealed to all Nigerians not to despair, saying his administration was more determined to protect Nigerians from murderous criminal gangs that have no respect for the sanctity human of life.

The President also sympathised with the families of the victims and called on the people to continue to be patient as the military strategises on how to crush the bandits. 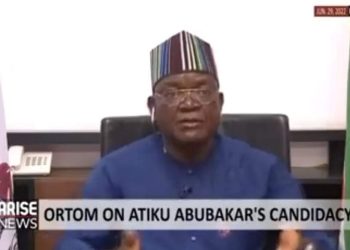