by Ediri Oyibo
in Niger Delta
0 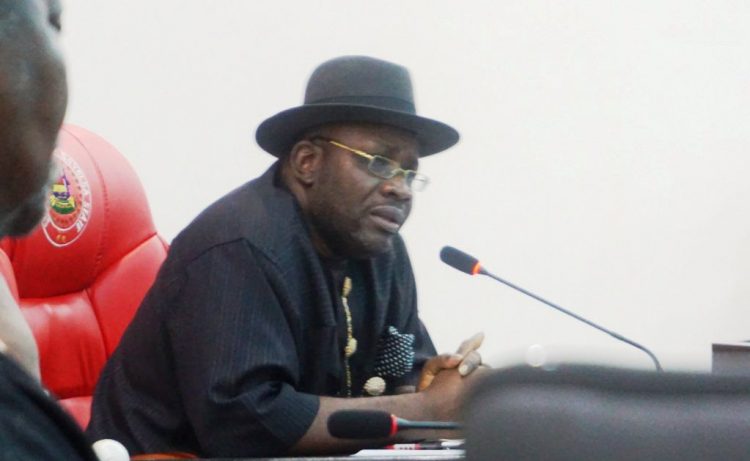 The All Progressives Congress (APC) in Bayelsa has called on Gov. Seriake Dickson to withhold his assent to the proposed Life Pension for lawmakers in the State House of Assembly because of its adverse economic consequences.

Making the appeal in a statement on Thursday in Yenagoa, the party dvised the governor to yield to public opinion by withholding his assent to the bill when it is transmitted to him.

The 24-member Assembly dominated by 22 Peoples Democratic Party (PDP) members on Wednesday hurriedly passed the pension bill for current and past members.

But the APC rejected the planned law being pushed by the House of Assembly prescribing monthly post-service life pensions of between N100,000 and N50,000 for members of the state legislature.

The party has also observed that the obnoxious bill, which was proposed and passed by the House on April 24, has provoked public outcry.

The statement signed by APC’s spokesman in the state, Mr Doifie Buokoribo, described it as self serving and provocative and a display of insensitivity to public opinion.

“APC Bayelsa completely rejects this life pension bill for members of the Bayelsa State House of Assembly. The party described the bill as unjust, ungodly and self-serving.

“It is unsympathetic for members of the House of Assembly to seek to enhance their own lives at the expense of the vast majority of Bayelsa people living in pain and penury,” he stated.

Buokoribo described the life pension bill as an unspeakable crime against the people of Bsyelsa.

“APC has been at the forefront of efforts to enthrone a regime of better life for the people of Bayelsa State. And we have led a robust opposition to the current system of anti-people governance in the state for close to eight years.

“Regarding this latest move by the House of Assembly, we again say that the idea is avaricious, wicked and insensitive.

“By proposing such a law, the lawmakers have merely portrayed themselves as a people who feel no concern for the feelings of their suffering constituents.

“They have once again confirmed that they are in cahoots with the executive in the serial impoverishment of the people of Bayelsa State.

“APC advises the legislature to withdraw the obnoxious pension bill and avoid the appalling crime against the people of Bayelsa State.

“In the event of the legislature’s refusal to heed this solemn advice, we appeal to Gov. Seriake Dickson, if he is still in touch with his essential humanity, to refuse assent to the pension bill when it is transmitted to him.

“Failing this, the party calls on the people of Bayelsa to embark on a campaign of peaceful resistance against the rogue assembly and the poverty regime of Governor Dickson,” Buokoribo said.