by Ediri Oyibo
in Health, Niger Delta
155
SHARES
1.2k
VIEWS
Share on WhatsAppShare on FacebookShare on TwitterShare on LinkedInShare on TelegramSend as Email
ADVERTISEMENT

The Edo House of Assembly on Monday passed a Bill for a Law to establish the Edo State Health Insurance Commission.

The law would enable the state government   provide improved and affordable healthcare services to residents.

The motion for the house to consider the bill clause by clause was moved by the Deputy Speaker, Justin Okonoboh, and seconded by Roland Asoro, the Majority Leader.

The passage of the bill was sequel to the suspension of House Rules, following a motion moved by the majority leader  and seconded by the deputy speaker.

The 8 parts bill, was adopted with minor amendments to parts 1and 2 to include that a representative of the house of assembly not below the rank of a director should be a member of the board.

The bill also stipulated that a former member of the house who must be a medical doctor should  also be among members of the board.

The board would comprise of  a chairman, director general and other members, not below the status of a director from state Ministries of Health, Economic Planning, Education, Justice, Office of the Secretary to State Government and the Office of the Head of Service.

The bill, according to the house when completely domesticated in Edo, will enable government have access to funds from NHIS which will be complemented by the state government for the effective operations of the commission.

The bill also sought to protect families from the hardship of huge  medical bills and regulate, supervise, implement and ensure effective administration of the state contributory health insurance scheme.

The house also passed a Bill for a Law to Eliminate Violence in Private and Public Life.

It prohibits all forms of violence against persons and provides maximum protection and effective remedies for victims and punishment of offenders.

Speaker Kabiru Adjoto, directed that clean copies of the bills be sent to the governor for his assent. 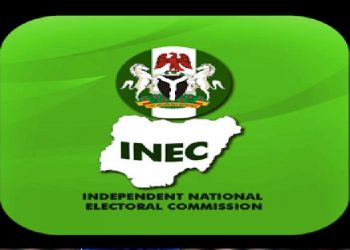 How to use Face ID, Touch ID on WhatsApp