2020 Budget : Buhari submitted a dummy to us – Lawmakers 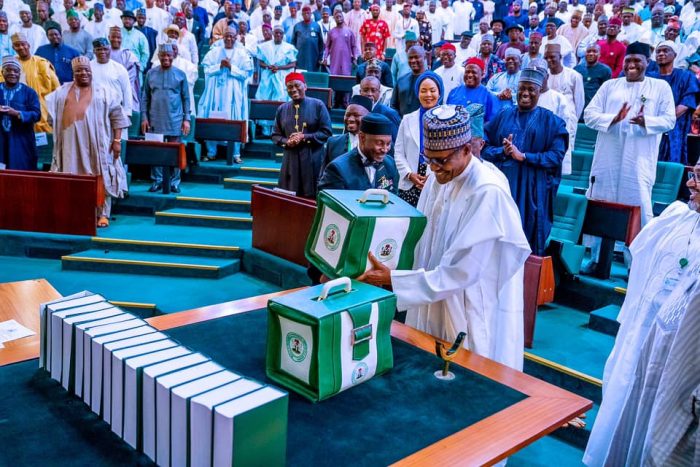 …budget can’t be discussed without details-Reps
By Emman Ovuakporie
Lawmakers in both legislative chambers of the National Assembly on Wednesday tore President Muhammadu Buhari’s 2020 budget to shreds while debating its details.
The Senators faulted the budget in all ramifications describing it as empty as it’s difficult to discuss it without details.
Also  Read: Internet agog as Davido’s unborn son clinches endorsement deal[See video]

They queried why would the exchange rate be pegged at N305 when the dollar can only be obtained at N360.

Speaking at the Senate plenary on Wednesday, senator representing Abia-South Senatorial District of Abia State in the Senate, Enyinnaya Abaribe told the Red Chamber, “This is nothing but a budget of taxation.

“I urge the Senate to look at that fact, as it is not a sustainable budget.”

He hinged his reason on the ratio of debt servicing, compared to that of capital expenditure.

Abaribe argued, “Debt servicing is higher than capital expenditure. We are still struggling.”

Suswam said, “I commend Mr. President for bringing an ambitious budget; the deficit worries me, there is a correspondence borrowing increase; we need to do something in this Chamber by way of legislation to address borrowing.”

In the House of Representatives, Hon Kingsley Ogundu  Chinda had pointedly made it clear that the budget was not ripe for discussion citing all the relevant provisions in our statutes.
But the Speaker,  Femi Gbajabiamila overruled him declaring that the budget can be discussed based on general principles.
Chinda in a chat with TNG stated his position insisting that what the president submitted in his annual ritual was a dummy.
He said”while performing the annual ritual, Mr President brought a dead animal that cannot be used for his sacrifice for laying the budget.
“Also, the president expressly stated in his speech in paragraph five that the ministries will make available the details to enable lawmakers delI berate on the budget.
“Firstly the constitution provides that the president will forward an estimate to the national assembly for consideration and the rule of the which is our House standing order particularly order 12 rule 19 clearly states how the estimate should look like and the nature and form it should take before the house.
“It said during each year there shall be introduced to the house an appropriation bill to the house which shall contain estimated financial requirements for expenditure on revenue account on all services of the government for the succeeding financial year. The details of these financial requirements shall be contained in the estimate which shall be presented at the same time.
I went further to say that the president is unaware of this and that is why on paragraph five of his speech the president did said on Monday that the details are not coming with the estimates, that the minister of finance will forward the details after his presentation.
So my position is that ordinarily the national assembly should give the president time as he has asked for our grace that the minister of finance will send the details of that estimate to us before we can then take the second reading, which is the general argument on the appropriation bill. “
It is like arguing a law without the details of the law. We cannot argue the heading of each section of the law without the body of the law we would be arguing blindly. “
We don’t even have the details of the bill to know how that money would be expended so that we can know whether it is actually justified to give a particular amount to a particular ministry or not.”
So simply put, what I have just said is that  the budget allow the executive time to present the details and then we can discuss and take a position.”
Though I believed that what the president has given us was a dummy budget because there was nothing in that box, there was no budget, nothing was presented.”
If he had told us that the minister of finance will send us the details of the estimate clearly it means that the budget was not ready, that was the implication of his statement.
“The Second reading is the argument on the general principles of the bill but every bill comes with all the sections and sub sections. Even when you argue the general principles of the bill, it does not mean that they will give you only the heading of the bill for you to argue the general principles, the details must be there.
And besides for monetary bills our rules has specifically provided that estimates must come with this details.
“There is a difference between arguing on the general principles and documents that was provided before you. What I am saying is that the document required is not there, when you provide that document we will argue on the general principles, so let’s not mix the two.
“In fact what you saw the president do on Monday was to perform a ritual of budget laying but unfortunately this year he performed that ritual with a dead animal in the sense that there was no budget presented before us so there was no ritual animal for that sacrifice. What he presented was a dead animal without a budget. On the other hand he came to do the normal ritual without the animal for that sacrifice
ADVERTISEMENT 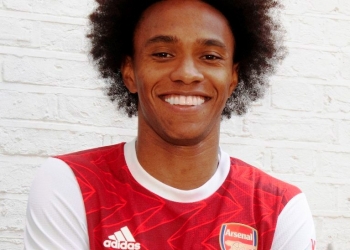 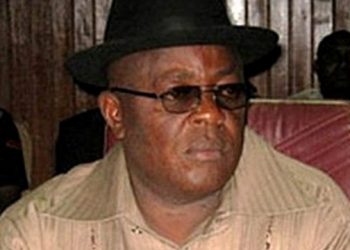