2020 Budget: Senate yet to receive MTEF from Executives – Lawan 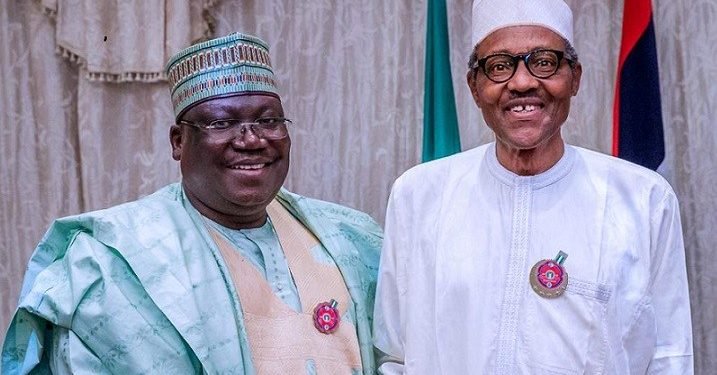 ADVERTISEMENT
ADVERTISEMENT
By Emman Ovuakporie
… indications of a delayed budget passage
There are indications that the 2020  Budget may suffer late passage as the Senate on Tuesday said it’s yet to receive MTEF/FSP draft from President Muhamnadu Buhari.
This is however contrary to the  provisions of the Fiscal Responsibility Act which mandated the President to submit a draft copy of the Medium-Term Expenditure Framework (MTEF) to the National Assembly four months to the end of the year.
The Senate President, Ahmad Lawan announcement upon the resumption of Senators from their end of long recess was a declaration that the 2020 budget might suffer serious delay as experienced in previous assemblies.
Section 11of the Act clearly stated that “not later than four months before the commencement of the next
financial year, cause to be prepared a Medium-Term Expenditure Framework”.
The same Act in its section 18 stipulated that “the MTEF shall be the basis for the preparation of the estimates of revenue and expenditure required to be prepared and laid before the National Assembly under section 81 (1) of the Constitution.”
The lawmakers had gone gone on an executive session that lasted about one hour, thirty minutes, when Lawan announced that the Senate had resolved to await the submission of the MTEF by the President.
The Fiscal Responsibility Act placed so much importance on the MTEF document to the extent that it has spelt out the specific details of its contents and scope.
It’s states that “The Medium-Term Expenditure Framework shall contain a Macro-economic Framework setting out the macro-economic projections, for the next three financial years, the underlying assumptions for those projections and an evaluation and analysis of the macroeconomic projections for the preceding three financial years.
The Act equally stipulated that the MTEF be accompanied by a Fiscal Strategy Paper setting out the Federal Government’s medium-term, financial objectives; the policies of the Federal Government for the medium-term relating to taxation, recurrent (non-debt) expenditure, debt expenditure, capital expenditure, expenditure, borrowings and other liabilities, lending and investment;, as well as the strategic, economic, social and developmental priorities of the Federal Government for the next three financial years.
Lawan had in anticipation of a prompt submission of the document promised last Friday that the first major work of the Senate upon resumption would be the consideration and approval of the MTEF.
Recall that in previous assemblies the budget was delayed for more than six months in both chambers.
A reference point was the 2016 budget which even led to the sacking of Abdulmunin Jibrin over alleged padding.
The executive sent it in December 2015.
Tags: 2020 BudgetLawanMTEFSenate
ADVERTISEMENT 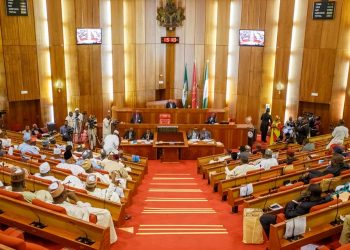 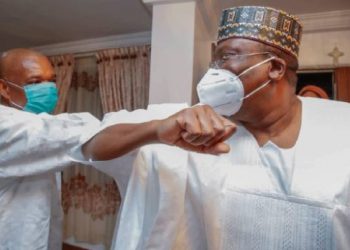