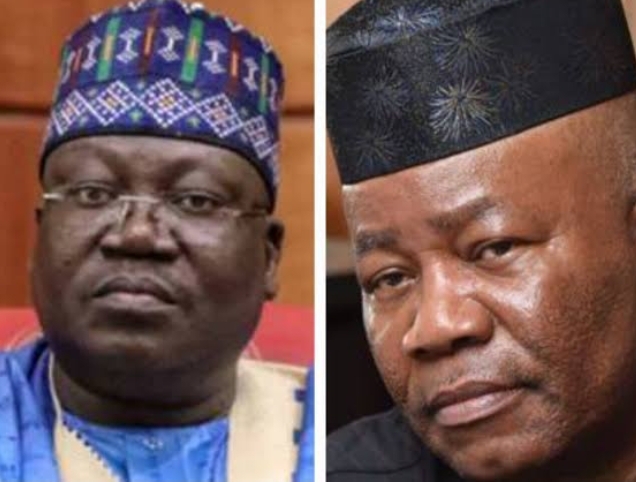 The Independent National Electoral Commission (INEC) has clarified that aspirants who obtained multiple forms for party primaries have not violated the provisions of the Electoral Act 2022.

TheNewsGuru.com (TNG) reports INEC’s National Commissioner and Chairman, Information and Voter Education Committee, Festus Okoye was clarifying Section 115 of the Electoral Act 2022 when he made this known.

Lawan, Akpabio, Ayade and Umahi who were presidential aspirants on the platform of the All Progressives Congress (APC) were also said to have purchased senatorial forms for their various senatorial districts.

Section 115(1) (d) of the Act provides that any person who signs a nomination paper or result form as a candidate in more than one constituency at the same election commits an offence and is liable on conviction to a term of imprisonment.

Section 152 of the Act defines a candidate to mean a person who has secured the nomination of a political party to contest an election for any elective office.

Reacting on Tuesday in an interview with a correspondent of PUNCH Newspapers, Okoye said those who obtained and signed multiple forms were aspirants and not candidates as defined by Section 152 of the Electoral Act.

“Before someone will come within the compass and contemplation of the law as a candidate, the political party must conduct valid primaries and the sponsoring party must upload the list or information relating to the candidates they intend to sponsor to the commission’s candidates nomination portal and this is in compliance with Section 29(1) of the Electoral Act, 2022.

“Thereafter, the personal particulars of the candidates will be displayed in the constituencies where they intend to contest the election and this is for claims and objections.

“After this process, the candidates will now fill nomination forms (Forms EC13A, EC13B, EC13C, EC13D and EC13 E) in compliance with Section 30(1) of the Electoral Act.

“Section 30(1) of the Act provides that a candidate for an election shall be nominated in writing by such number of persons whose names appear on the register of voters in the constituency as the commission may prescribe.

“During the conduct of party primaries, the persons you referred to are aspirants as defined by Section 152 of the Electoral Act. The forms they filled as aspirants are the forms of their political parties and not that of the commission.

“The list submitted by the political parties under Section 29(1) of the Act is the list of candidates the party proposes to sponsor.

“The only documents signed by the candidates are the affidavit deposed by them. That is not the nomination form as contemplated by Section 115(d) of the Act,” Okoye said.

ALSO READ || BREAKING: Ayade not eligible to run for Senate in 2023 – INEC

Notwithstanding, INEC had earlier said it did not monitor the primaries that produced some of the aspirants as senatorial candidates, and therefore are not eligible to run in the 2023 elections.