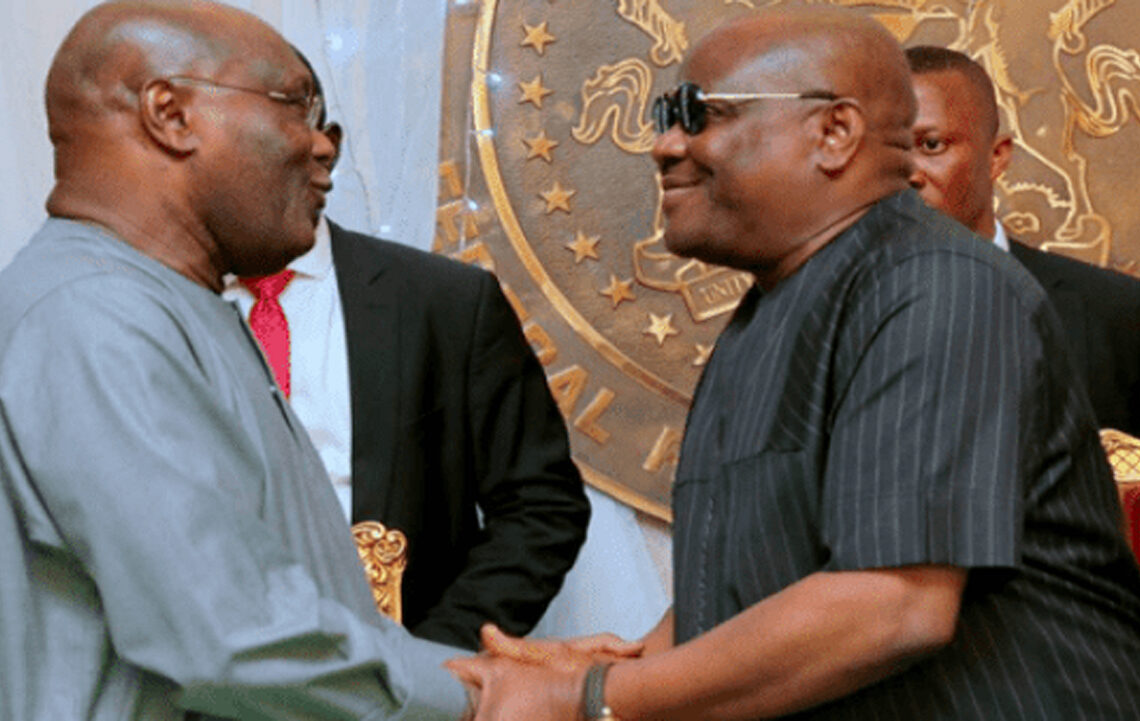 The closed-door meeting between the two party heavyweights was held at the residence of Professor Jerry Gana.

Reports say that the meeting is connected to efforts to appeal to Wike to sheath his sword with the PDP presidential candidate so as  to make up.

Wike felt left out and cheated out of the PDP Vice presidential race when Delta state governor Ifeanyi  Okowa was chosen ahead of him.

It was gathered that the two PDP chieftains agreed to set aside their differences to work together ahead of the 2023 elections.

Meanwhile, Wike had earlier in the year posited that he wouldn’t leave the PDP for any party ahead of the 2023 general elections in the country.

Recall that  Wike had on Sunday met with some PDP stakeholders in Abuja as part of measures to review the party’s post-presidential primary crisis.