by Abimbola Fabunmi
in Nigeria, Top Story
Reading Time: 3 mins read
A A
0 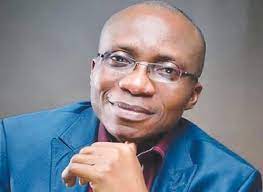 The Yoruba socio-political group, Afenifere, has berated the All Progressives Congress (APC) for the exorbitant rate the party pegged nomination and expression of interest forms for all categories, claiming it will increase corruption in the country.

The APC on Wednesday had announced the sum of N100 million for the sale of presidential nomination and expression of interest forms for presidential aspirants whilst Governorship candidates will purcahse theirs for 50 million.

Reacting to the development on Wednesday, the Secretary-General of Afenifere, Mr. Sola Ebiseni, the high cost of forms is to scare away genuine Nigerians who can’t afford from trying to get the forms.

According to him, the cost of the APC’s nomination form is only “responding to the shameful state of the economy under its government where the rate of inflation is intractable and cost of living unprecedentedly unbearable.”

Ebiseni stated, “It is an insulting message to the pauperised Nigerians that they have no say in the governance of Nigeria or any part thereof. It is a direct affront to the constitution of the Federal Republic of Nigeria and particularly the declaration in Section 14 (2) (b) that the participation of Nigerians in their government shall be ensured in accordance with the provisions of the constitution.
“How can the poor members of the party who are so blatantly discriminated against, on the basis of their situation in life, contrary to Section 42 of the constitution, participate in the governance of the country, particularly in a country where only a political party can field a candidate and no independent candidate allowed?

“Unfortunately, the two dominant parties are both guilty in this game of absurdity and conspiracy against the ordinary Nigerians in the access to their platforms for political participation.”

He added, “For the PDP, it runs contrary to the objectives of their founding fathers led by the likes of Alex Ekwueme and Solomon Lar. The current price placed on participation is the very height of political insensitivity and an open invitation to thievery by anyone who could only corruptly meander himself to power.”

He noted that the way forward for the country is to restructure saying that’s the possible way forward.

“The country has been handed over to the nouveau rich, only the restructuring of its political architecture, liberalising access of the citizens to power, can stem the inevitable descent to oligarchy and anarchy,” he said.