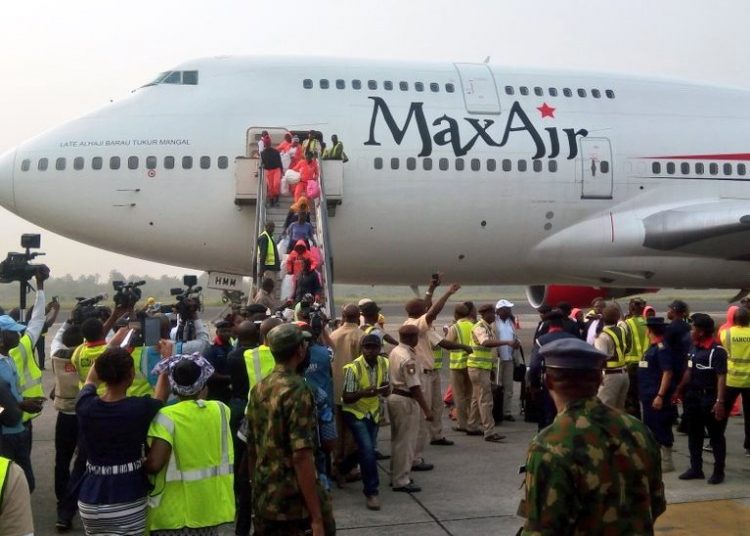 The National Agency for the Prohibition of Trafficking in Persons (NAPTIP) said on Saturday 2,114 Nigerians living in Libya had been brought back to the country from January till date.

The Head, Press and Public Relations of NAPTIP, Mr. Josiah Emerole, disclosed this in a statement in Abuja.

Emerole quoted the Director-General of the agency, Ms Julie Okah-Donli, as saying this at a lecture delivered at the University of Benin as part of activities marking the 60th birthday of businessman, Capt. Idahosa Okunbo.

Okah-Donli delivered a lecture on Youth Migration, Deportation and Rehabilitation: The Way Forward, under the theme: ‘Youth Migration, Consequences and Current Realities.”

She appealed to public spirited individuals and corporate bodies to assist government agencies to make the reintegration of the returnees easier.

The director-general called for a holistic approach by the countries of origin and their destination counterparts in tackling the migration problems across the world.

She advised Nigerian youths not to be desperate to leave the country at all cost.

The NAPTIP chief said the criminal trafficking gangs were lurking all over the place to deceive the youths and eventually make them personal economic tools abroad.

She said: “There is need for government at all levels to come up with transformation programmes and a National Orientation and Reorientation programme that will change people’s attitude to migration.

“Without this, an attitude crisis will be another major driving force for illegal migration and something fundamental must be done to control and contain the illegal movement of people out of the countries.

“A crucial step forward is to help re-educate the average Nigerian youth to make them realise that they can actualise their potentials and dreams at home.

“They should know that they are not poorer than their contemporaries abroad or in the country they want to migrate.’’