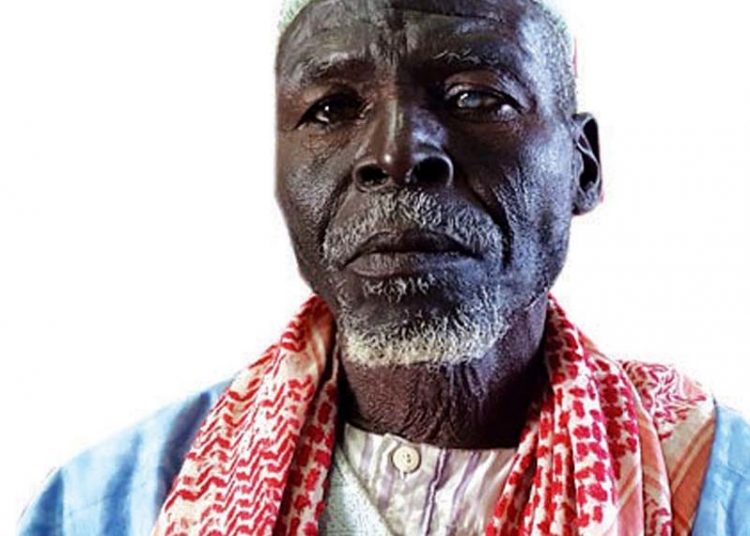 Mallam Baba Modu, an 80-year-old father of a Boko Haram commander, popularly called ‘Ba-Ana,’ has narrated how he travelled to the Lake Chad camp of the Al Barnawi faction of the sect to plead with his son to dump the insurgents.

Modu, who disclosed this in an interview with the News Agency of Nigeria on Wednesday in Maiduguri, said his efforts to convince his son to surrender and embrace peace failed.

He said he was unable to persuade his son to abandon the cause and surrender himself to the Federal Government’s Operation Safe Corridor.

Recounting his ordeal, Modu said his son was conscripted by the insurgents in 2012 at a farm in Dikwa Local Government Area of Borno State.

He said, “I lost hope of meeting my son after his abduction in the past seven years. One day, I met someone who told me that my son was alive and mentioned where I could find him.

“I was also told he is one of the commanders of the Al Barnawi faction of the Boko Haram sect.

“I travelled to the shores of the Lake Chad to plead with Ba-Ana to surrender and embrace peace. It took me about one week to get to where I met him.

“When I arrived at the camp, I told them that I am the father of Ba-Ana and after a series of interrogations, they asked me to wait for him to return from a mission.

“Ba-Ana returned at night, he was surprised to see me, and when he heard my voice; he told his men that I am his father.

“I pleaded with him for about 30 days in a bid to convince him to lay down his arms and embrace peace, regrettably he did not heed my counsel.

“Ba-Ana confessed that he killed many people and believed that the authorities would not forgive his crimes. He also believed that he had committed his life to the cause of God.

“I have not lost hope; I will continue to pray to God to heal his soul and bring him back to me,” he said.

Meanwhile, the military said on Wednesday that it was clearing the remnants of Boko Haram on the major road leading to Maiduguri, the Borno State capital.

A statement signed by the spokesman for the counter-insurgency operation in the North-East, Operation Lafiya Dole, Col. Onyema Nwachukwu, said there was no truth in media reports that the Maiduguri-Damaturu Road had been closed to motorists.

The Maiduguri-Damaturu Road, he said, was perhaps the only safe road leading to the town and had it been closed, the town would have been cut off from the rest of Nigeria by road.

The road in the last one week had become the latest theatre of war between the military and the terrorist group which is threatening to capture Maiduguri.

The insurgents have, however, suffered heavy casualties as they have continued to fall under air and land bombardments of the Nigerian military.

A statement by Nwachukwu partly read, “Our attention has been drawn to rumours that the Nigerian Army has closed the Maiduguri-Damaturu Road. This is not true. What is happening is an ongoing clearance and snap check operations in the general area required to clear suspected Boko Haram terrorists along that road.

“The clearance operation is ultimately for the safety and security of motorists and other road users.”

He added, “Members of the public are advised to cooperate and bear with the troops as they carry out these duties.”