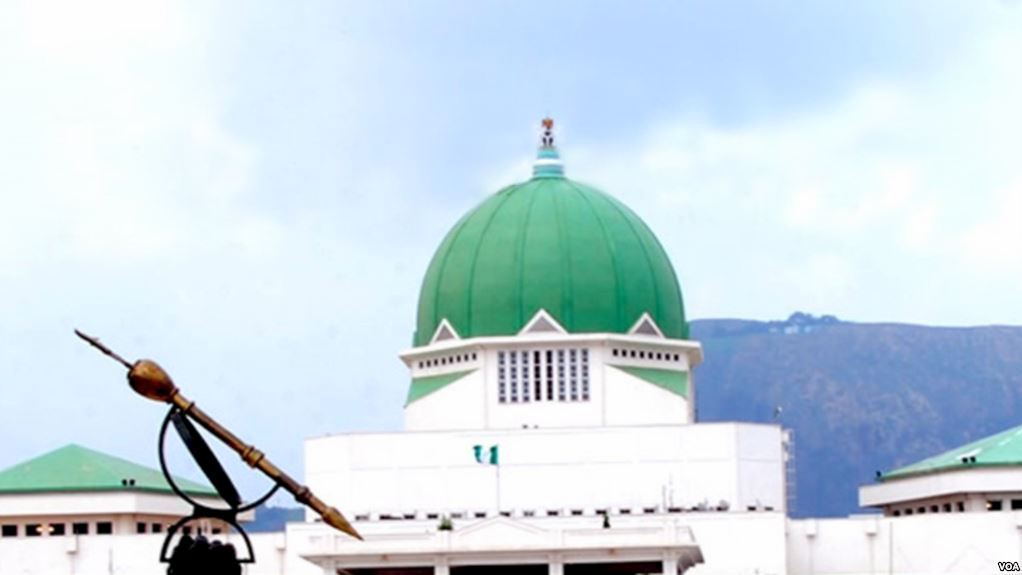 Ahead of today’s 9th National Assembly’s election of its principal officers, the National Chairman, All Progressives Congress (APC), Adams Oshiomhole, has arrived the assembly complex.

Oshiomhole, who arrived at about 9:27am, was led into the Senate chamber where majority of the senators-elect were already seated.

The News Agency of Nigeria observed that the Chairman, Nigerian Governors Forum (NGF), Gov. Kayode Fayemi of Ekiti State, also led APC governors into the red chamber at about 9:33am.

Some of the APC governors in company of Fayemi, included that of Nasarawa, Kwara, Kebbi, Ekiti, Kano, Katsina, Plateau, Osun, Kogi, Lagos, among others.

Other dignitaries at the complex are former President of the Senate, Sen. Adolphus Wabara; former Deputy Senate President, Ibrahim Mantu, among others.

According to NAN, unaccredited National Assembly staff and visitors were not allowed into the complex.