Home » Nigeria » Abuja-Kaduna train attack: Terrorists give FG one Week Ultimatum to yield to their demands

Says Victims will be killed 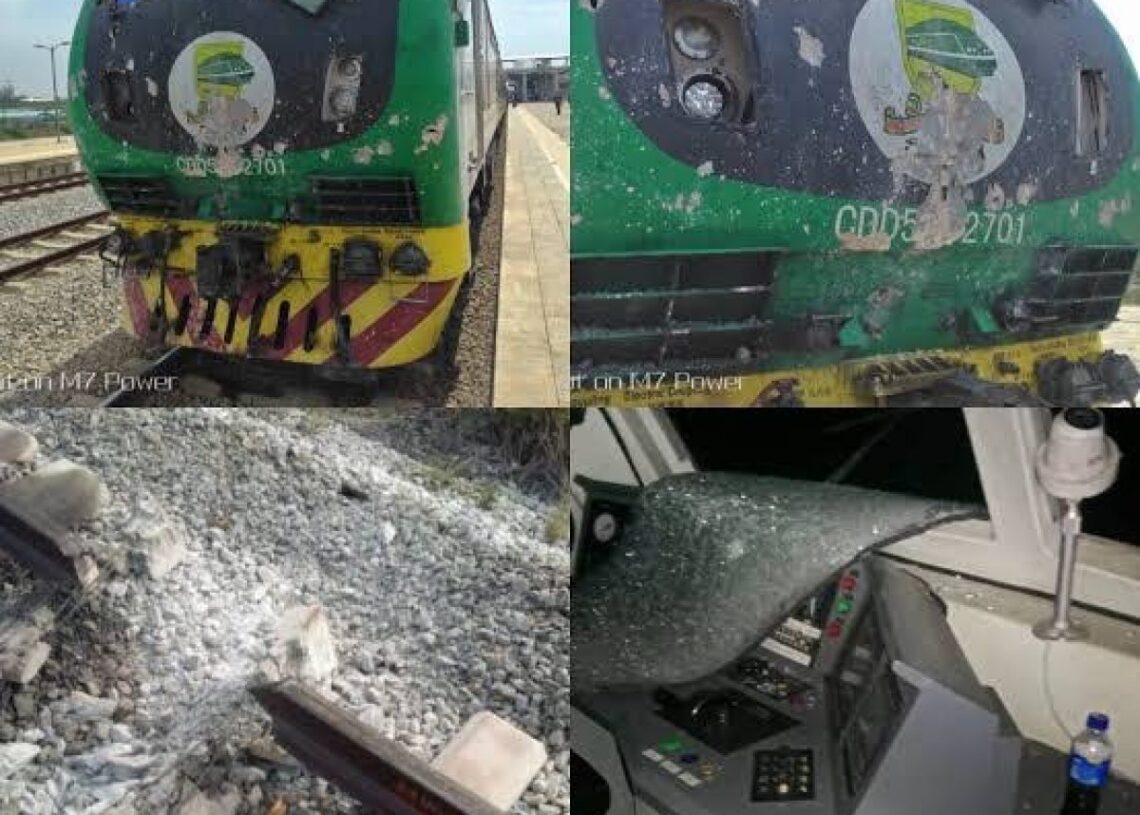 Passengers that were kidnapped by terrorists in the Abuja -Kaduna bound train have been notified that they will be killed if their friends and families if their demands are not met.

Recall that an Abuja-Kaduna bound train was attacked on the 28th of March 2022 with many passengers kidnapped whilst some were killed.

The terrorist have also reached out to government to immediately release their children who are in detention camp in Yola Adamawa state.

Malam Tukur Mamu and Dan Iyan Fika, the spokesman of Sheikh Ahmad Gumi, were spoken to on phone by the leaders of the terrorists.

The terrorists claimed that the Federal Government suspended the resumption of the train service because of their threats in the audio of the conversations between Malam Tukur Mamu and the leaders of the terrorists that executed the Abuja-Kaduna train attack.

According to them, “We don’t need money. We have a good reason for doing what we did, until our demands are met none of the victims will come out alive even if it means we all die with them. They are well taken care of as you can see from the pictures we sent to you via WhatsApp but we assure you that this will not continue.”

In the audio conversation, they said that they have chosen him (Tukur Mamu) to convey the important message to the government, the families of the victims and Nigerians in general because they believe he won’t alter their message and have seen him severally with Sheikh Gumi in the forest, therefore, they recognized the fearlessness in him.

According to Abu Barra, the leader of the terrorists that it’s been two months since the abduction and anything can happen to the abducted passengers henceforth.

The leader stated that their reason for the abduction is a retaliation for the arrest and detention of their children by the security agencies.

He explained that their children numbering about eight between the ages of one to seven are currently being held at an orphanage in Jimeta, Adamawa State under the supervision of the Nigerian Army.

He gave the names of their children as; Abdulrahman, Bilkisu, Usman, Ibrahim and Juwairiyyah, stressing that they were forcefully taken from their wives in Nasarawa and taken to the orphanage in Yola.

For any continued discussion on the release of the passengers and a safe resumption of the train service, they said their children must be released unconditionally, only then they will release some of the abducted victims, especially the women while other passengers will be released on a prisoner exchange with some of their arrested comrades by the government.

Barra said that they decided to come to a GSM enabled location with one of the female victims to talk to Malam Mamu as a confirmation of their claims, adding that Mamu said he could hear her cries with a very low voice that probably indicates exhaustion pleading with him to please talk to the government on their behalf for a swift intervention on their release.

The leader threatened that within seven days if the government does not respond to their demands, they will stop feeding the victims and will start slaughtering them one after the other and if the government doesn’t respond after that, then Nigerians should forget about using the Abuja-Kaduna rail line as well as the Kaduna-Abuja high way.

He warned Nigerians that they would attack the railway and highway if the government does not commit to a peaceful resolution of their demands, adding that they cannot be stopped.

According to Malam Tukur Mamu, he replied that he understands the predicament of the government in resolving the abduction imbroglio and stated that every responsible government will look into saving innocent passengers’ lives and make painful compromises where necessary even if it’s against the policy of the administration.

He then explained that prisoner exchange with known criminals on matters of national interest is a global practice and has happened in many developed countries like the United States.

Malam Tukur Mamu stressed the need to avoid any military action that will lead to collateral damage and the loss of innocent lives.

According to him, “Time is not on our side, the government must understand that they are dealing with persons with a misguided ideology and tainted religious belief. These people are not scared of death, they seem to believe that they are martyrs when they die. It will be a serious mistake to take this threat lightly. I believe an opportunity has been created for us to explore to save the lives of those innocent victims.”

He added, “For me, if these innocent will regain their freedom because of my involvement and provided that will lead to relative peace and security on our highways and rail lines I wouldn’t mind if I die in the process. We must accept the fact that security alone on the Abuja-Kaduna highway remains more fragile than ever and the solution is not militarily alone, especially in a country where impending attacks can hardly be dictated and stopped.”