AFCON 2021: There is still more work to be done – Super Eagles 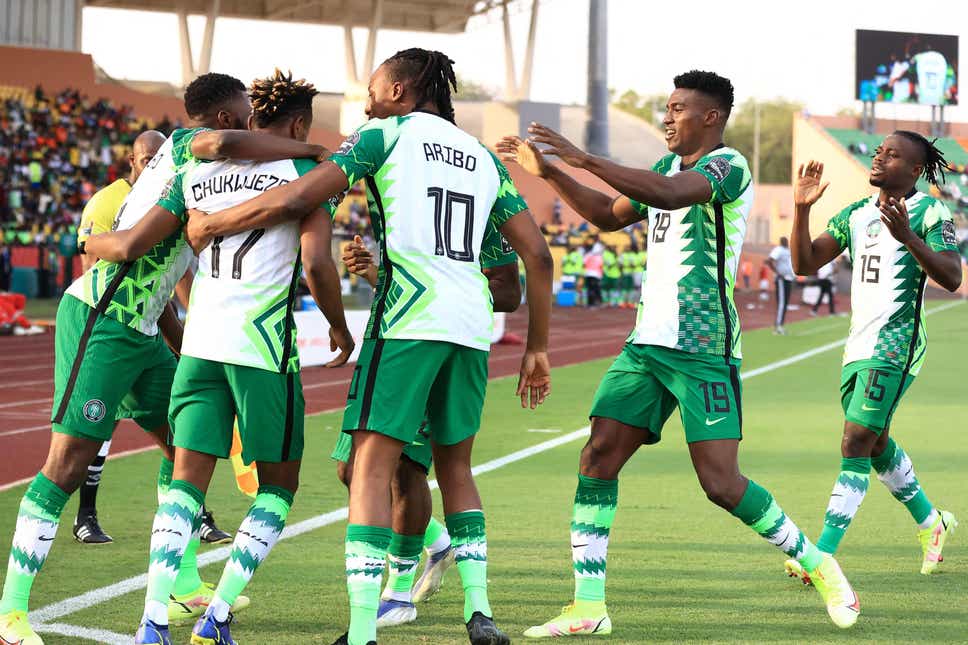 Players of the Super Eagles have expressed joy over their victory against Sudan, noting however, that there is still more work ahead.

The Eagles are billed to face Guinea Bissau in their final group game on Jan. 19.

Newsmen reports that the Eagles beat their Sudanese counterparts 3-1 in a Group D clash at the 2021 Africa Cup of Nations (AFCON) to advance to the knockout phase of the competition.

A cross-section of the players, who spoke to Newsmen after the team’s victory said the team gave a good account of themselves, adding however, that there was still more work to be done.

Eagles Captain William Troost-Ekong said that the team deserved their victory over their Sudanese counterparts, noting that they still want to go ahead and win their last group game.

“I think today was a different challenge again. Just like in our first game, the first half I thought we were a little bit slow but in the second half we came out well.

“We are still a good side, even when we don’t perform well just like in the first game. We still managed to score goals and I think we deserve to win this game.

“All in all, we have six points most importantly and through to the next round but we surely want to win our last game,” he said.

On the Eagles conceding a penalty, Ekong noted that the team was still playing well at the time but was unlucky to have conceded the penalty.

“Aina put a wrong step in the player’s foot in the box and sometimes with VAR you are going to have these decisions and I think we played better in the second half than in the first,” he said.

Leicester City midfielder Wilfred Ndidi said: “So far it’s been good and we have six points now, which is very important and we look forward to the next game.

“There’s always room for improvement and we don’t think this is our best yet but we know that we will keep improving with each game as we move to the next round.

“So, there are still more games to come and we will see what happens.

“Our expectation now is to try and win our final group game as much as we know that we have qualified but we try to take every game as the finals,” he said.

Goalkeeper Maduka Okoye said he was happy with the win, pointing out, however, that it would have been even sweeter if the team had kept a clean sheet.

“When I realised that it was a penalty, I guess all I wanted to do was to save the penalty for the team but it didn’t happen.

“It would have been sweeter if we had conceded no goal but the most important thing is that we qualified for our country, our families and now we keep on going.

“We now have to be fully focused and give our best in our final group game because there are some teams or country, so we have to do everything to get another three points,” he said.

Union Berlin forward Taiwo Owoniyi on his part said it was a sweet victory, insisting that the team still had a long way to go.

“It was a sweet victory and we are very happy that we were able to make our country, our families as well as all Nigerians proud.

“We still have a long way to go in the competition although and I think the style of our coach is giving the boys more freedom to express themselves in the field of play is really working for the team.”

The Super Eagles will next take on Guinea Bissau in their final group game on Wednesday at the Stade Roumdé Adjia in Garoua, Cameroon.

BREAKING: Tennis star, Djokovic to be deported from Australia after losing visa appeal