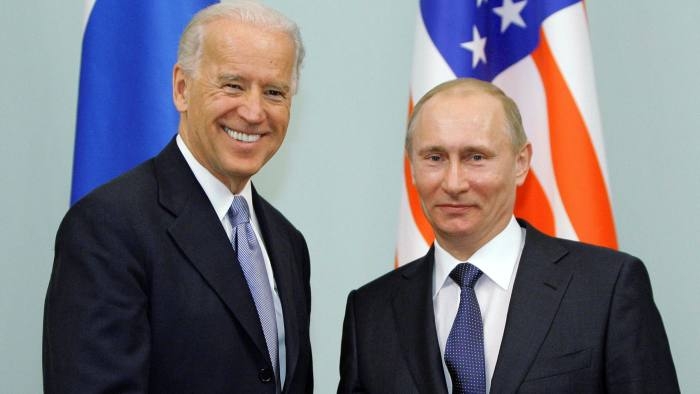 President Vladimir Putin of Russia has blamed the United States and its allies for the crisis in Afghanistan.

According to Putin, the roles played in Afghanistan by America and its associates have caused destabilization and chaos in the South Asian country and for the rest of the world.

Putin made the remark during the BRICS virtual Summit on Thursday.

Ukraine War: “We must stand in solidarity with the Afghan people” – UN official

The summit was attended by the President of Brazil Jair Bolsonaro, India’s Prime Minister Narendra Modi, President of China Xi Jinping, and President of South Africa Cyril Ramaphosa, amongst others.

BRICS was created to serve as a platform for promoting and strengthening business, trade and investment ties amongst the five countries.

He insisted that the way the US forces withdrew from the country gave rise to further internal tension.

The US had said that the reason its troops were in the Afghanistan for the past 20 years was to get at Alqaeda leader, Osama Bin Laden, as well as destroy terror strongholds in the country.

US president Joe Biden had also exonerated himself from the current Taliban reign in the country while adding that the U.S. invested so much in the country and trained about 300,000 Afghan security forces to ward off any advance by non-state actors, before its final withdrawal on August 31.

But Putin told BRICS members that it was wrong for foreign forces to use whatever means to get another country to align with its own values.

“I have mentioned many times that the current round of the crisis in Afghanistan is a direct consequence of irresponsible extraneous attempts to impose someone else’s values on the country and to build democratic structures using socio-political engineering techniques, ignoring the historical and national specifics of other nations and the traditions by which they live.

“The withdrawal of the US and their allies from Afghanistan has led to a new crisis situation, and it remains unclear how it will affect regional and global security, so it is absolutely right that our countries pay special attention to this issue.

“All of that leads to nothing but destabilisation and, ultimately, chaos, after which the masterminds behind these experiments hastily retreat leaving their charges behind. The entire international community then has to face the consequences,” he said.

After the submissions by all the members, BRICS jointly declared that the latest developments in Afghanistan was a global concern.

They committed themselves to ensuring that Afghanistan will not serve as a place for the spread of terrorism.

“We call for refraining from violence and settling the situation by peaceful means. We stress the need to contribute to fostering an inclusive intra-Afghan dialogue so as to ensure stability, civil peace, law and order in the country.

“We condemn in the strongest terms the terrorist attacks near the Hamid Karzai Kabul International Airport that resulted in a large number of deaths and injuries.

We underscore the priority of fighting terrorism, including preventing attempts by terrorist organisations to use Afghan territory as terrorist sanctuary and to carry out attacks against other countries, as well as drug trade within Afghanistan.

We emphasise the need to address the humanitarian situation and to uphold human rights, including those of women, children and minorities,” BRICS said in a statement obtained issued to journalists.