...As National Youth Council of Nigeria accuses Gbajabiamila of cover up, demands his resignation 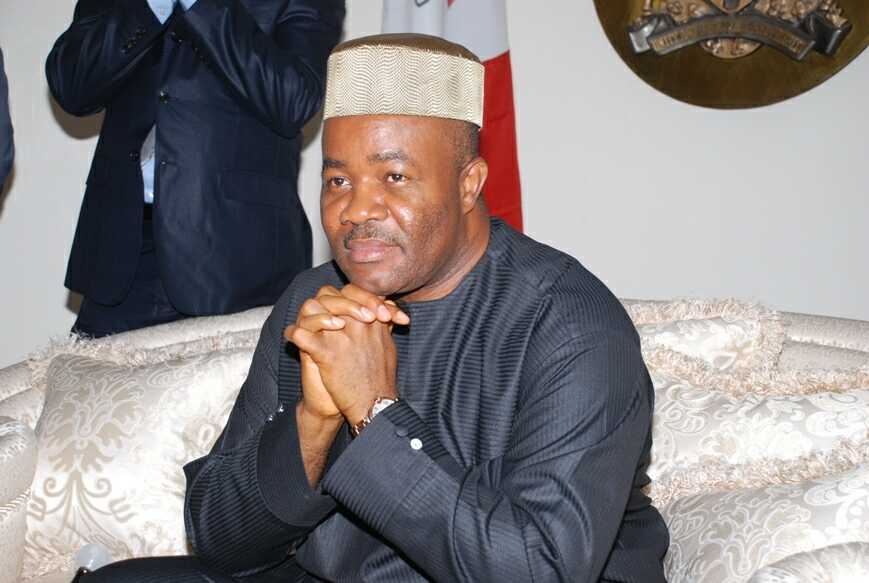 The Minister of Niger Delta Affairs, Senator Godswill Akpabio, has finally named members of the National Assembly who allegedly got contracts from the Niger Delta Development Commission (NDDC).

Recall that the minister had last week said some lawmakers got contracts from the NDDC, a claim which the Speaker of the House of Representatives, Femi Gbajabiamila asked him (Akpabio) to substantiate or risk legal action.

According to reports, the names of benefiting lawmakers was contained in a letter written by the minister to the National Assembly and released to the public.

“Other lawmakers that Akpabio listed projects against are Senator Matthew Urhoghide (6), James Man­ager (6), Sam Anyanwu (19), and others simply identified as Ondo and Edo reps.”

The President of National Youth Council of Nigeria, Solomon Adodo while presenting Akpabio’s letter containing details of the indicted lawmakers to the media on Sunday said: “Mr. Speaker did not do us justice when he did not disclose to the National Assembly that the list of the beneficiaries he demanded had been disclosed and attached to the letter sent to him.

“Gbajabiamila’s decision to cover up his colleagues is unfair to the fight against corruption, quest for transparency, and to the commonwealth of our nation.

“We, therefore, urge Mr. Speaker, Femi Gbajabiamila, to resign for covering up for a set of people who had erred and breached the rules of contract.

“All the National Assem­bly members who benefitted from the contracts without executing them should be prosecuted to serve as deter­rent to those who may want to follow a similar path.

“It is a clear case of organ­ised crime to have individuals who benefitted from illegality now rising to probe the fact that their illegality is being exposed.”

He added: “We call on all the anti-graft agencies and security agencies to, in line with the directive of Presi­dent Muhammadu Buhari, immediately proceed and go ahead with their investigation of the matter.”

The youths said they were firmly in support of the fo­rensic audit instituted by the Ministry of Niger Delta Af­fairs because it had exposed those who had benefitted in the corruption that had fes­tered in the NDDC.

In the document displayed by the youths council, Akpa­bio was quoted as having said that his letter became neces­sary because “the investigat­ing committee on NDDC re­fused and/or neglected to give me the opportunity to explain that reference to most NDDC contracts yearly being award­ed since 2001 from the records allegedly to members of the National Assembly in both chambers were done without the knowledge of the alleged beneficiaries”.

Akpabio added: “However, the two chairmen of the com­mittees in both chambers had adequate knowledge.”

Meanwhile, Senator Peter Nwaoboshi in a swift reaction challenged the minister to publish the names of directors of the companies that got the contracts.

“Akpabio is a confused man. NDDC used N39 mil­lion to launder his image. Let him not divert attention from the N81 billion they shared in NDDC”, he said.