by Olaotan Falade
in Nigeria, Politics
54 1
0 Pastor Osagie Ize -Iyamu, the All Progressives Congress candidate in the 19 September election in Edo state has been given a new date by the court to defend his money laundering charge.

A Federal High Court in Benin, adjourned the case till 14 January 2021.

Ize-Iyamu is being tried for receiving N700 million slush fund, when he was the PDP goverorship candidate in 2016.

The EFCC contends that the money was unlawful.

At today’s sitting, counsel to the first defendant, Charles Edosomwan, SAN, informed the court that he has filed a motion challenging its jurisdiction on the grounds that the charge filed against the defendants are based on election matters.

According to him, the appropriate court to try electoral matter was the Magistrate Court or High Court of the state.

The same argument was canvassed by the counsel to the other defendants.

However, the prosecuting counsel, Francis A.Jirbo countered the argument with the submission that the information before the court is a money laundering charge for which the Federal High Court has exclusive jurisdiction..

After listening to both counsel, Justice M. G. Umar adjourned the case till January 20, 2021 for ruling.

Pastor Ize-Iyamu and other defendants were first arraigned before Justice P. I. Ajoku on an eight count charge bordering on money laundering on May 24, 2018.

The defendants were alleged to have sometime in March 2015 in Benin City directly taken possession of N700 million without any contract award.

The EFCC said the money was allegedly part of proceeds of an unlawful act, to wit: fraud and corruption. 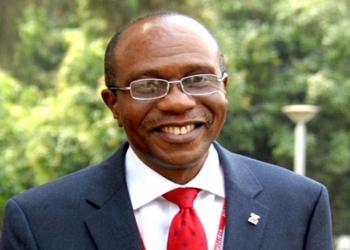 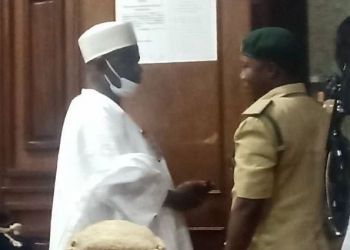