Anxiety, fears in Ekiti as policemen take over Assembly complex 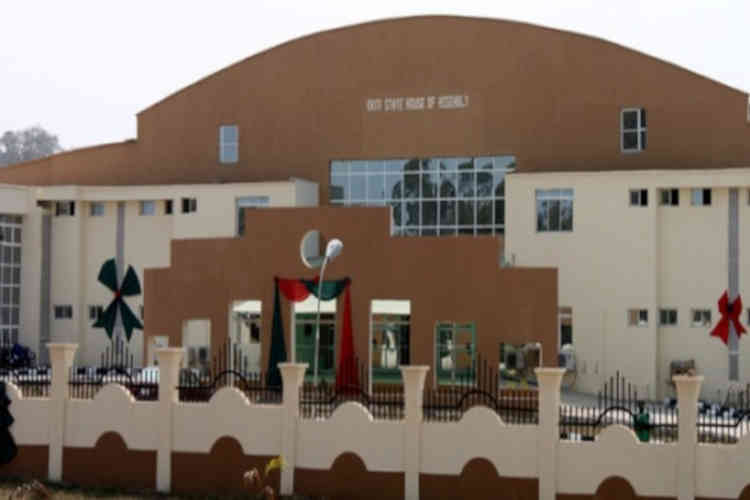 The Ekiti state House of Assembly complex was on Wednesday morning taken over by the men of the  Nigerian Police following a tip-off for a planned invasion of the secretariat.

Recall that the Ekiti Assembly recently elected Gboyega Aribisogan, as the new Speaker following the death of the former speaker.

The police operatives were stationed at strategic locations in the Assembly complex to prevent the purported invasion and breakdown of laws and order at the complex.

Some staff of the Assembly, who spoke on the condition of anonymity, said that there was an order from the State Police Headquarters that workers should vacate the complex in view of an alleged plot by some people to attack the House of Assembly.

However, the newly elected speaker, Aribisogan, told pressmen that there was no crisis in the Assembly.

He said “The leadership of the police command in Ekiti informed us this morning that they had verifiable intelligence about some hoodlums coming to attack the Assembly complex, hence the need for their presence. They have promised to conduct an investigation into the matter and report to us before the close of work today.

“I want to encourage my colleagues and staff of the Assembly to be patient and bear with us, normalcy will soon return to the House,” Aribisogan said.

Abutu, who urged the public not to entertain any fear, said, “We acted on the security alert we received that some people were planning to invade the Assembly and we owe it a duty to safeguard the lives of the people and public utilities.

“We can’t wait or tarry and allow the lives of the staff of the Assembly to be threatened by any means. So, we took proactive measures by deploying our men there to secure the assembly complex. No cause for alarm, we are on top of the situation,” the police spokesperson said.