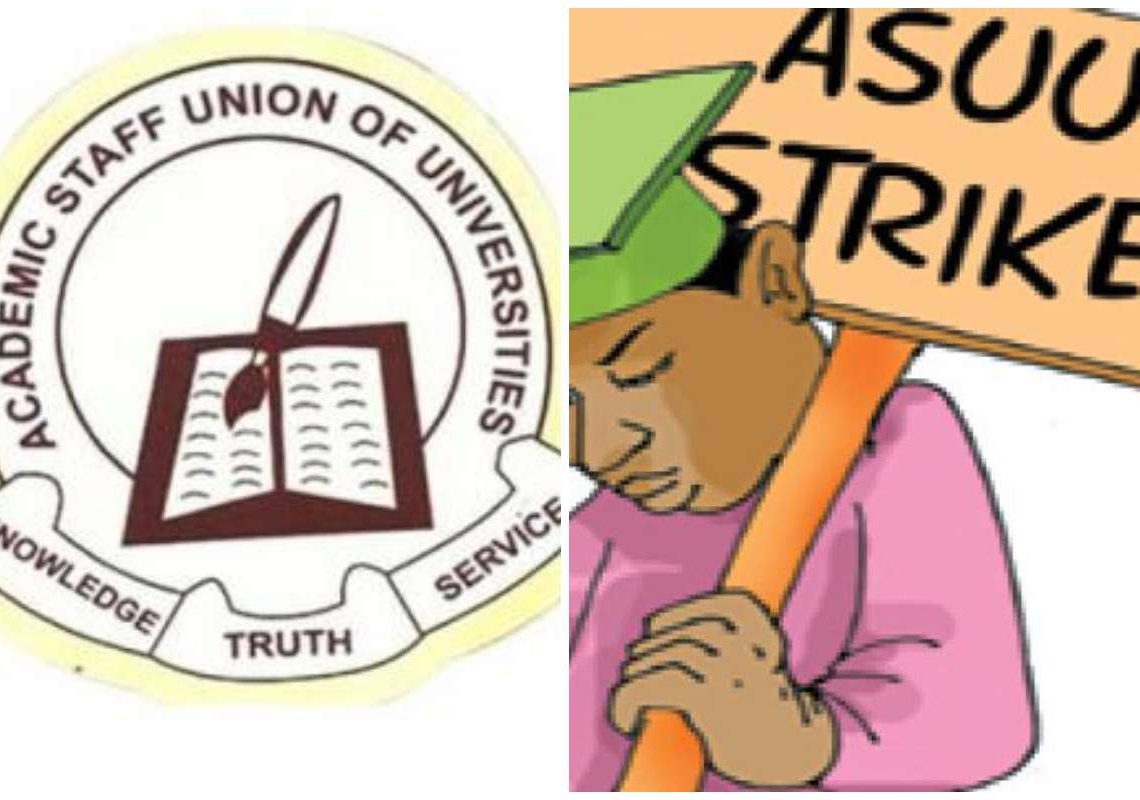 Some parents in the FCT have called on the Federal Government and the Academic Staff Union of Universities (ASUU) to reach a workable agreement to enable their children resume school.

Some of the affected parents, who spoke in separate interviews with newsmen in Abuja, said the strike was having a negative impact on their children and appealed for speedy resolution.

Thenewsguru.com recalls that ASUU had on Monday, extended the strike by 12 weeks which brings it to 20 weeks the students will stay at home over the failure of government and the union to reach a workable agreements.

The union through its President, Mr Emmanuel Osodeke had embarked on a nationwide warning strike from Feb. 14 to press home its demands, stressing that the action would continue until their demands were met.

Others are the renegotiation of the 2009 ASUU-FG Agreement and the inconsistency in the Integrated Personnel Payroll Information System.

However, Mr Silas Lagi, a parent in Gwagwalada Area Council, whose child is studying veterinary medicine at the University of Abuja, said that the strike had made his son shift focus to other things that he did not budget for.

Lagi said, “If politicians and government appointees, some of who are also in the education sector can purchase nomination forms worth N100 million, then there is something wrong with this country.

“After each episode of the strike, the children are no more focused and they end up not graduating within the stipulated years.

“My only pain is that the people in government are not feeling it because their own children are not in public schools but abroad or in private schools,” he said.

A parent in Abaji Area Council, Mr Musa Gimba said the parents’ appeal was for the government to listen to the union and reach an agreement to save the future generation.

“If the senators can have sitting and sleeping allowances, then the builders of these characters should be considered; they are the lecturers.

“The Federal Government should listen to the demands of the striking union so that our children can go back to school,” Gimba said.

Mrs Julian David, a parent in Kwali Area Council, said her son is a final year student at Nasarawa State University studying law “but cannot graduate because of the lingering strike’’.

“I am seriously appealing to the relevant authorities on behalf of parents to end the strike and make education a top priority and save the sector from imminent collapse.

“The Federal Government must at all costs meet the demands of the union to save the future of our children,” she said.

Meanwhile, the union during its last National Executive Council (NEC) meeting noted that it was disappointed that the government had not treated the matter with utmost urgency as expected of a reasonable, responsive, and well-meaning administration.