The Vice-President, Prof. Yemi Osinbajo, has stressed the need for banks in the country to carry out urgent reforms so as not to be caught off-guard by rising innovations in financial technology, insisting the effect of new innovations in fintech was inevitable.

He stated that fintech, which is the new technology and innovation that aims to compete with traditional financial methods in the delivery of financial services, would disrupt the financial space but that apart from reforms, banks could avoid being affected negatively if they also invested in fintech companies.

In his address at the ongoing Africa Investment Forum, which was organised by the African Development Bank, in Johannesburg, South Africa, the Vice-President, however, gave the assurance that there would be effective regulation to protect consumers and the space.

An online newspaper, The Cable, quoted him as saying, “Fintech companies, as you know, are challenging some of the old laws on banking and all of that. The major issue is that technology is clearly going to disrupt the financial space, and is doing so already, so banks have to reform.

“They have to invest in some of the fintech companies themselves, and they have to see this revolution as inevitable. I think what we are seeing today is the reform around that space, and many of the banks are looking up and understanding that this is going to happen, and it’s already happening.”

“I think the first thing is to allay the fears of the banks that their lunch isn’t being taken away. Banks, of course, are jittery about some of what is happening in the fintech space, but they need to be assured that this isn’t about taking away their lunch but that we cannot avoid what is coming to us now.”

While allaying the fears of the banks over the future of their services, he pointed out that even though the quick convergence between technology and financial products was happening faster than many of the banks could cope with, the government would work with them to ensure the development of the sector.

The Vice-President, who spoke alongside the President of host South Africa, Cyril Ramaphosa, and his counterparts from Ghana, Nana Akufo-Addo, and Guinea, Alpha Condé, on the presidential panel, added, “What we are saying is that payment system, lending, all sort of financial systems, even insurance are happening much faster.

“So, we have to change regulation and we must ensure that we give space to these tech companies because what is happening is that there is a quick convergence between technology and financial products, so much faster than many of the banks are able to cope with.

“What we are trying to do is work with the banking system, like the Central Bank of Nigeria. For example, we are sitting with the fintech companies, banks, and the telcos. The telcos are in this space now and many of them are challenging some of what used to be traditional banking businesses.”

Meanwhile, in a unanimous decision, the Presidents in attendance and Nigeria’s Vice-President agreed on the need to remove every impediment to the slow rate of development on the continent.

The President of AfDB Group, Dr Akinwumi Adesina, had in his opening address said the goal of the forum was to allow investments land smoothly on investment runways in Africa, adding that the forum was a 100 per cent transactional platform to develop projects, derisk deals, fast-track the closure of deals and improve the business environment for investments to thrive on the continent.

He said, “Africa has massive infrastructure deficits, from ports to railways, roads, energy and Information Technology infrastructure needed to spur its competitiveness in global markets. The African Development Bank estimates the continent has a financing gap of $68bn to $108bn per year for infrastructure. 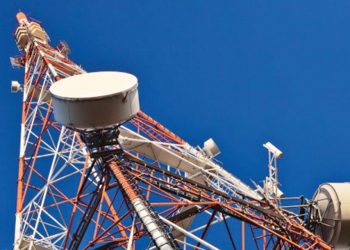