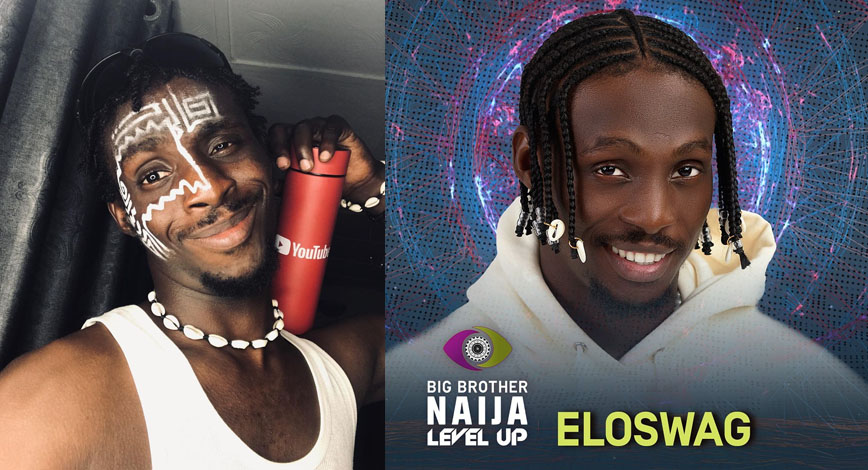 Level up Housemate in the ongoing Big Brother Naija, BBNaija season 7, Eloswag has emerged as the head of House for the second time since the show began.

The ebony housemate was officially crowned on Monday.

He became the fourth head of House after coming out tops at the arena games on Monday evening.

1.4k
The fourth head of house game had the housemates arrange a jigsaw puzzle of their pictures for seven minutes with the reference picture displayed beside them to view.
Bryan, Hermes, and Eloswag were able to make the first phase while the second phase of the challenge made the trio guess the number of broomsticks in a bunch of brooms.
Eloswag, who guessed correctly was declared the winner of the challenge.

Following his emergence, Eloswag was rewarded with immunity from this week’s possible eviction.

By being the head of the House, he would be allowed to nominate five housemates for possible eviction in the show.