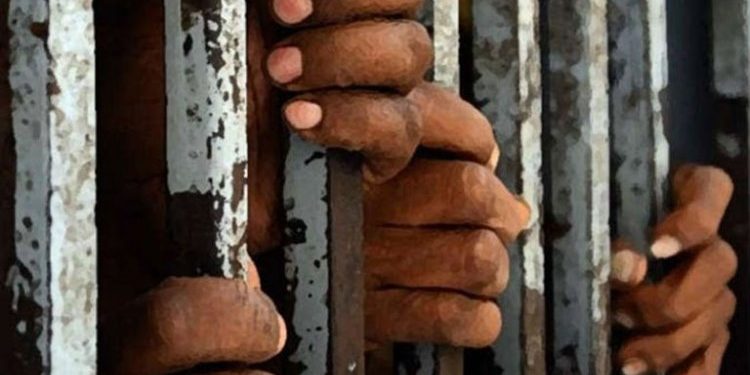 Policemen and soldiers have arrived at the Ikoyi Correctional Centre in a bid to foil an attempted jailbreak by thugs.

A video obtained by TheNewsGuru(TNG) shows heavy smoke billowing from parts of the centre while inmates were seen running. Gun shots also sporadically rent the air.

It was learnt that the prison authorities immediately notified and called the police and the military authorities for backup.

An eyewitness said, “I can see them from my house at the moment. Soldiers and policemen have arrived. I saw prisoners throwing stones and I saw fire.”

There was also report of fire outbreak at the prison facility.

Police spokesman Olumuyiwa Adejobi who spoke on the incident said; “Yes, there is fire outbreak there but we are investigating and our men are on the ground with fire fighters.

“Area Commander, Area A and Commnader MOPOL 2 Keffi road VI and men are there. No cause for alarm.”