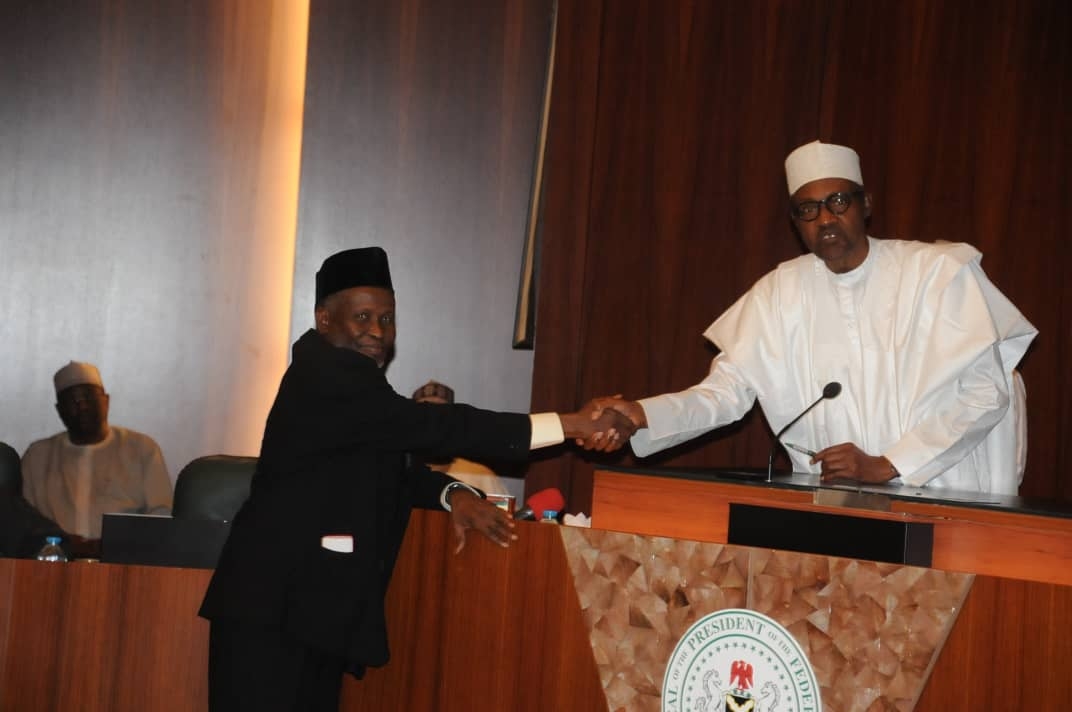 President Muhammadu Buhari has extended the appointment of Tanko Muhammad as the acting chief justice of Nigeria by another three months.

Buhari sent the recommendation to the National Judicial Council and the supervisory body approved the appointment on Thursday, a spokesperson for the NJC, Soji Oye, said in a statement on Saturday.

Muhammad was first appointed in January after the president controversially suspended Chief Justice Walter Onnoghen who was accused of false declaration of asset.

Onnoghen was convicted on Thursday by the Code of Conduct Tribunal, and was barred from holding public office for 10 years. He has denied all allegations against him, and has appealed the ruling.

The statement released on Saturday by the NJC denied an unnamed media report that the council would meet next week to deliberate on the extension of Mr Muhammad’s term as the acting chief justice of Nigeria.

It said the approval had already been given.

The statement reads: “The attention of the National Judicial Council has been drawn to an online newspaper and daily newspaper report stating that the Council would meet next week to deliberate on the extension of the Acting Appointment of Honourable Dr. Justice I. T. Muhammad CFR, as the Acting Chief Justice of Nigeria.

“Contrary to the above, the Council actually met on Thursday 18th April, 2019 and at the 88th Meeting considered and approved the request of President Muhammadu Buhari, GCFR, for the extension of the Appointment of Hon. Dr. Justice I. T. Muhammad, CFR, as the Acting Chief Justice of Nigeria for another three (3) months and Council has since forwarded its approval to the President.

EPL: Fulham beat Bournemouth for first away win of season

EPL: Fulham beat Bournemouth for first away win of season