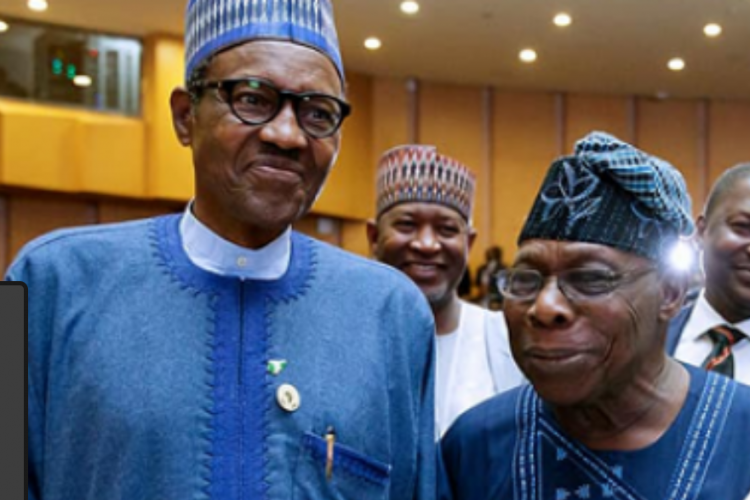 Former President Olusegun Obasanjo has said that the President Muhammadu Buhari-led government is driving Nigeria towards “disaster and instability”.

The interview is part of a special magazine publication by PREMIUM TIMES, put together to commemorate Nigeria’s 20 years of democracy since 1999.

The former president fell apart with Mr Buhari ahead of the 2019 general elections and endorsed the president’s closest rival and his estranged vice president, Atiku Abubakar. Mr Abubakar, who served as vice president to Mr Obasanjo between 1999 and 2007, was the flagbearer of the opposition Peoples’ Democratic Party (PDP) in the 2019 election.

Speaking during the interview, Mr Obasanjo noted that although the country has made considerable progress since the new dispensation began in 1999, the pace at which it is currently moving shows the nation may be inching towards disaster and instability.

“I think we have no choice but to be on the path for sustainable development,” Mr Obasanjo said. “The progress we are making may be questionable—-Is it fast enough? Is it steady enough? Is it stable enough? Are we taking two steps forward and one step back or one step side-way?

“You can question that, but we have no choice but to be on (the) path for sustainable development. Any other thing will be a disaster. In fact, the pace at which we are going now is tending more and more toward disaster and instability and unsustainability.”

‘No Confidence in the Economy’
The former president argued that there is no confidence in the Nigerian economy today. Rather, he said, the gains recorded in the past have been frittered away over the years.

Speaking on what went wrong, the former president explained that Nigeria has failed to do what is right to instill confidence in domestic and foreign investors. The ripple effect of the nation’s indecision, he said, manifests in the state of the economy.

Nigeria slipped into recession in 2016 after several contractions in the economy, amidst an unstable naira and rising inflation rates. By the second quarter of 2017, the nation slipped out of recession.

Although the government claims that the nation has been put on the path of sustainable growth, unemployment figures have also ballooned within the period.

“The problem is that we are just not doing what we should be doing,” said Mr Obasanjo, who supported Mr Buhari of the All Progressives Congress when the retired general contested against former president Goodluck Jonathan in 2015. “Nobody has that confidence, and we cannot develop Nigeria without that confidence in our economy. Both for domestic investors and foreign investors.”

‘Anti-graft institutions have been corrupted’
Speaking further on the state of the nation, Mr Obasanjo argued that the present government that claims to be fighting corruption has “corrupted” the anti-graft agencies his government put in place. He claimed that between 1999 and 2007 when he held sway as president, his government “reasonably achieved” all the things he promised to achieve, including fighting corruption.

“I set up two (anti-corruption) institutions,” he said. “I came with two laws that were not there before, to fight corruption. And those who claim they are fighting corruption today have not brought in anything different. If anything, they have corrupted those two institutions.

“And the institutions were open and independent. I never, never, as president had to say to either the head of ICPC or EFCC: ‘Oh, chase this person’.”

Mr Obasanjo also said that despite the challenges faced upon the departure of the military, he tried to lay a solid foundation for the country upon taking over government in May 1999.

He said: “Nigeria was a pariah state. Within the first four years (1999-2003)… we actually hosted the commonwealth. And Nigeria which was kicked out of the Commonwealth became the host of a Commonwealth Head of Governments Meeting (CHOGOM). We became the darling of almost all nations. The economy started doing well.

“I remember on one occasion one day or one week, Chukwuma Soludo (then governor of the Central Bank of Nigeria) phoned me and said: “Sir, in one day, we had an inflow of $80 million”. From foreign direct flow; not money from our oil export or cocoa export. Just direct! And he (Soludo) said to me: “Sir, this is almost unbelievable.”

The former president, however, expressed worry about the present leadership arrangement in the country today, saying the composition sends a disturbing signal in a multi-ethnic nation like Nigeria.

“I think there is a presumption in our constitution that our system will bring out competent leaders devoid of extremism, religious or tribal bigotry. Leaders who understand what it takes to hold the country together and put it in high gear for development, unity and an inclusive and shared society.

“These are assumptions. And if these assumptions come true, what is meant to be achieved in our country will be achieved. But the kind of situation you have now cannot allow those assumptions to become reality. Now you have a situation where three top officials of government will be from only two northern zones. Ahmed Lawan (who has been pencilled down as Senate President) is from the North-East, the acting chief justice of Nigeria is from the north-east, The President of the country is from the north-west. They are all from what we call the core north. How can you have that kind of arrangement and then be absolutely insensitive to it (lack of geographical diversity)?

“So the prescription that our constitution makes of the kind of leadership that should emerge, we have failed to achieve that with the present leadership we have in place. The Constitution expects the executive to care for the welfare and security of every Nigerian. But in the present situation, they don’t seem to care.” 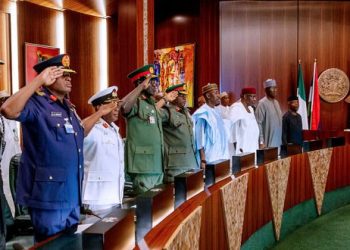