…raises alarm over mounting debt profile
Former Vice President of Nigeria, Atiku Abubakar, has expressed his discomfort at the rising debt threat facing the country, which he said the Buhari-led administration has chosen to overlook.
The former presidential candidate has now called for an immediate action by stakeholders to address the nation’s debt burden, saying the payment of N610.2 billion to service domestic debts in the first quarter of 2019 was unacceptable.
Few days ago, the National Bureau of Statistics (NBS) revealed that Nigeria used N610.2 billion to service its local debts.
But Atiku said this was alarming, urging President Muhammadu Buhari to act quickly on what he described as matter of national concern.
In a statement issued by Mr Paul Ibe, his Media Adviser, the former VP the amount used to service domestic debts in the first three months of this year was more than the combined entire budget for education and youth development for the whole of 2019.
He wondered how the present administration has doubled the nation’s debt in four years from N12 trillion in 2015 to N24.9 trillion without tangible evidence of development, noting that government should have worked on efficient repayment plans for the debts incurred.
He stressed that if this trend continues, the nation’s debt servicing might overshadow the capital budget.
“If the current trend continues, Nigeria will have spent N2.5 trillion on debt servicing by the end of 2019, a figure that is more than our capital budget. Can a nation survive like this?” a part of the statement, which was posted on Mr Ibe’s Twitter page, said.
“The reason is that no matter how much resources you give a man who does not know how to create wealth, it will never be enough,” he further said.
Atiku stated that the deeper the nation goes into unsustainable debt, the more of her independence to creditors wanes.
Emphasizing on the need for the country to prepare for the future generation, the veteran politician said, “The older generation should sacrifice for the youth. We must not be a vampire generation that squanders the financial lifeblood of Nigeria and bequeath financial bondage to the next generation”
Concluding, Atiku said he had outlined a robust strategy for the funding of the country’s development needs without resorting to indiscriminate borrowing prior to the 2019 presidential election. 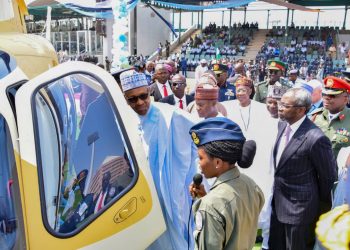 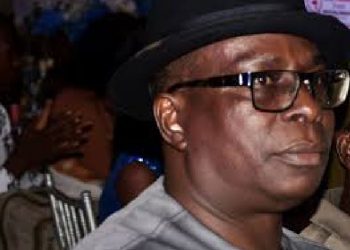 NFF can sack me if they want, says Rohr