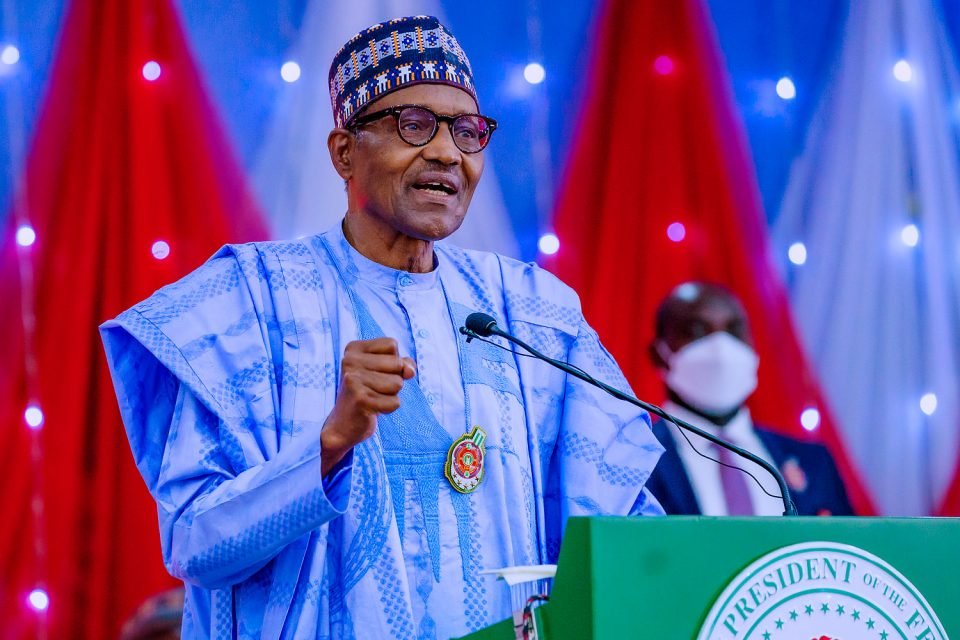 President Muhammadu Buhari has joined Sokoto Emirate Council, government and people of Sokoto State as well as family of the Gov. Aminu Tambuwal in mourning the demise of religious and community leaders,  Alhaji Muhammadu Bello, the Wazirin Tambuwal.

Before his death, Bello was the Head of Waziri Tambuwal family in Tambuwal, having succeeded the Governor’s late father, Alhaji Umar Waziri Usmanu.

Buhari, in a condolence message by his media aide, Malam Garba Shehu, on Wednesday in Abuja, said he was deeply grieved to learn about the death of Wazirin Tambuwal.

According to him, the late Bello will be remembered for his insightful knowledge on matters of Islamic laws and spirituality.

“He was also passionate about community service and social empowerment.

“My deepest condolences to his family and countless well-wishers, as well as to his brothers,  Abdullahi Waziri and Gov. Tambuwal,” he said.

Similarly, the president joined leaders and members of the All Progressives Congress (APC) in condoling with family of the Coordinator of Buhari Campaign Organisation, Alhaji Danladi Pasali, whose passing left the party in deep grief.

Buhari commiserated with friends, business and political associates of the erudite and charismatic political leader, who contributed to the success of the 2015 and 2019 elections, “and remained loyal in advocacy and mobilisation’’.

The president believed the courage, diligence and skillfulness that Pasali, who also served as Secretary-General of the Independent Petroleum Marketers Association of Nigeria (IPMAN), and his commitment to democracy and development would be always remembered.

Buhari prayed that the almighty God would grant him a peaceful rest, and comfort his family.