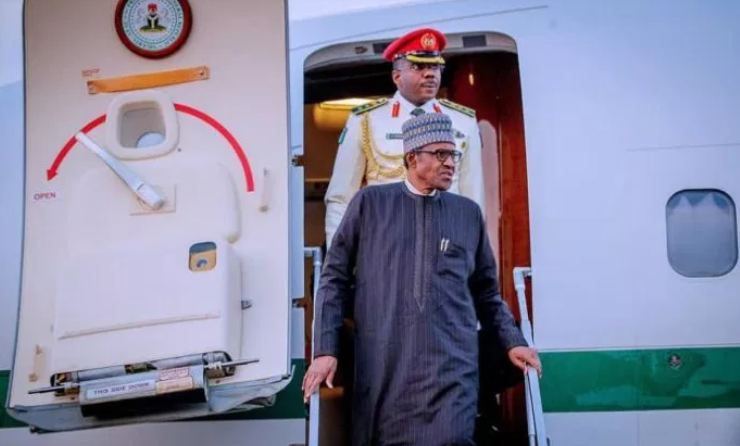 President Muhammadu Buhari has called for a joint strategic response by West African leaders to combat the menace of banditry and terrorism afflicting the region.

He made the call today at the 55th Ordinary Session of the ECOWAS Heads of State and Government in Abuja.

President Buhari, who chairs the regional economic bloc, said the problems distracted from the progress being made in enthroning good governance in the region.

“Despite the overall appreciable progress we have made, particularly in the field of political governance, our sub-region continues to face considerable security challenges. We are all witnesses to the recurring incidents of inter-communal clashes, herders-farmers conflicts, banditry and terrorist attacks in all our countries.

“These threats, you will agree with me, have consequences on the peaceful co-existence between our communities and peoples as well as their livelihoods.

“This unrest also undermines all our efforts in achieving full regional integration. It is, therefore, necessary that we act collectively to end this menace in the interest of regional stability and wellbeing of our people”.

Buhari offered condolences to the families of the victims of terrorist attacks, “banditry and inter-communal clashes perpetrated by some misguided elements in our societies.

“We shall not relent in our efforts to protect our peace loving people and their properties, while vigorously sustaining the war against terrorism and criminality”, he said.

Buhari called for a collective response to send a message to the terrorists and bandits that the region is united.

“Taking into account the transnational nature of the threats confronting us, the need for the adoption of a common strategy at the national and regional level to combat them, has become imperative. By so doing, we will reinforce our actions and resources for a more effective response to protect our citizens and secure our common space.

“While I acknowledge that several initiatives and measures have been taken in our respective countries recent developments have shown that we must cooperate more effectively to achieve our goals.

“We should send a strong and unified message to the perpetrators of violence that we are resolute in our collective determination to confront and defeat them”.

Five West African countries, the G5 in the Sahel zone are already collaborating to combat the security menace. Nigeria also has the Multinational Joint Task Force, that includes, Chad, Cameroon, Niger, Chad and Benin, that is also working, focussed on the Boko Haram war..

Buhari thanked leaders who he said had skilfully conducted the political mediation missions entrusted to them. He did not mention the conflicts, but the region has political problems in Guinea, Guinea Bissau and Togo.