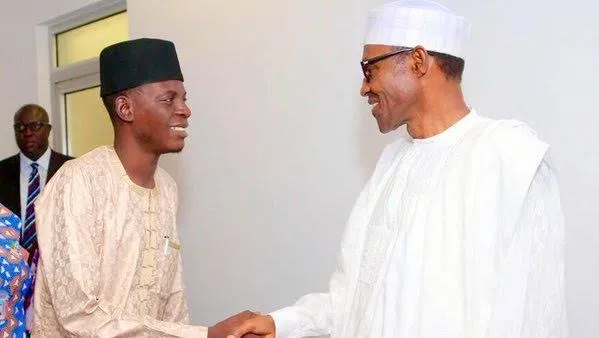 Junior media aide to President Muhammadu Buhari, Bashir Ahmad has come out to deny he was appointed to supervise a powerful and lucrative position in the Department of Petroleum Resources (DPR) by his boss.

According to the Peoples Gazette, the appointment of Ahmad happened in early January, but documentation took place last week over reasons related to Coronavirus disease (COVID-19).

The media reported that a DPR official said Ahmad was gleeful about the appointment, and at one time said in Hausa that he’ll be able to “play his role very well”, despite lacking vital training in hydrocarbon regulations.

However, the Personal Assistant to President Buhari quickly rebutted the report, stressing he is not a staff of the DPR and that at no time was he appointed into the department that is under the Ministry of Petroleum Resources.

“A friend sent me a link to a concocted story from an online news blog that the President has quietly appointed me as a manager of the DPR, a department of Ministry of Petroleum Resources, for those who want to know the truth, the story is 100% FALSE. I am not a staff of the DPR. To tell you the truth, I don’t even know where DPR office is, the only thing I know it is in Lagos. That’s all,” Ahmad stated.

However, TNG has once fact-checked the presidential aide, which happens to be true.

Do or Die Entertainment berths in Lagos

Do or Die Entertainment berths in Lagos