by Ediri Oyibo
in Niger Delta, Nigeria, Top Story
0
18
SHARES
442
VIEWS
Share on WhatsAppShare on FacebookShare on TwitterShare on LinkedInShare on TelegramSend as Email

Plans to mismanage loots recovered from former Governor of Delta State, James Ibori, who was sentenced to 13 years in prison in 2012 for corruption charges bordering on money laundering, have been revealed by persons familiar with the matter.

TheNewsGuru.com (TNG) reports Ibori, who was on Tuesday, April 17, 2012 sentenced to prison in the United Kingdom (UK) by Southwark Crown Court for his crimes, had some assets, being loots stolen from the people of Delta, confiscated from him.

However, according to information reaching the Delta State Civil Society Coalition on Grand Corruption (DSCSCGC), the UK Government is in the process of returning $9.6 million (approximately N3.5 billion) of Ibori money to Nigeria.

“Unfortunately, the FG is not sharing this information with Delta State Government on how to use the money,” Pastor Innocent Adjenughure, Chairman of DSCSCGC revealed in documents obtained by TNG.

Recall Ibori’s corruption charges started with filling of petitions by his kinsmen under the auspices of Delta State Elders and Stakeholders Forum influenced by the foremost Ijaw leader, Chief E. K. Clark, who was also the former Minister of Information.

The petition was sent to Nuhu Ribadu, the then head of the Economic and Financial Crimes Commission (EFCC), who initially failed to act on the petition which made the Forum, who, with other activists, revealed Ibori’s crimes and made spirited efforts to bring Ibori and EFCC before court to compel Ibori’s prosecution with the aid of their lawyer Kayode Ajulo.

In 2007, the Metropolitan Police raided the London offices of lawyer Bhadresh Gohil. Hidden in a wall behind a fireplace, they found computer hard drives containing details of a myriad off-shore companies, run for Ibori by Gohil, fiduciary agent Daniel Benedict McCann, and corporate financier Lambertus De Boer. All of these men were later jailed for a total of 30 years.

As a result of these corruption allegations, the United Kingdom courts froze Ibori’s assets there, valued at about £17 million (N8 billion) in early August 2007.

His wife, Nkoyo, was arrested at Heathrow Airport in London on 1 November 2007, in connection with the probe of the assets of her husband, particularly in the United Kingdom. She was released after being questioned.

In an exclusive interview with CNN, Ibori, accusing Ribadu and the UK Courts of playing politics, denied allegations against him claiming they were politically motivated.

Meanwhile, on December 12, 2007, the EFCC had arrested Ibori at the Kwara State Lodge in Asokoro, Abuja. The charges he faced included theft of public funds, abuse of office, and money laundering.

These corruption charges brought against Ibori by the government of former President Olusegun Obasanjo are among many begun by Ribadu against the former Governor.

Ribadu additionally alleged that Ibori attempted to bribe him to drop the charges with a cash gift of $15 million, which Ribadu immediately lodged in the Central Bank of Nigeria CBN. The cash remains in the CBN as an exhibit.

On December 17, 2009, a Federal High Court sitting in Asaba, Delta State, discharged and acquitted Ibori of all 170 charges of corruption brought against him by EFCC.

The EFCC filed a notice of appeal against the December 17, 2009 judgement, and begun a new round of investigations on the former governor following a petition by members of the Delta State Elders, Leaders and Stakeholders Forum, which was made available to the public in March 2010.

In April 2010, about three months after the take over of government by Goodluck Jonathan, Ibori’s case file was reopened. A new allegation that he embezzled N40 billion was pressed against him.

Attempts to arrest him were unsuccessful. It was reported that he fled from Abuja to Lagos and then to the creeks of Oghara, his homeland in the Niger Delta.

It was reported that he has been guarded by armed militias and they once had a shootout with government security forces.

He claimed that the charges were frivolous and that he was a victim of political persecution.

In April 2010, Ibori fled Nigeria, prompting the EFCC to request the assistance of Interpol.

On 12 July 2010 the Governor of the CBN, Malam Sanusi Lamido revealed that Ibori had used Delta State as collateral for N40 billion loan when he was governor.

Ibori’s case and extradition became one of the longest, most complex and expensive operations mounted by Scotland Yard in recent years.

Prosecutors alleged that companies owned by Ibori and his family were beneficiaries from the sale of state assets, including shares in a mobile telephone operator, as well as crude oil deliveries. The EFCC confirmed on Thursday June 10, 2010, that Ibori was in custody awaiting extradition to the UK.

In London, where Ibori was being sought in the case of money laundering, the authority continued with the prosecution of his associates who were in the dock for helping Ibori to launder money.

On 1st and 2 June 2010, UK juries found James Ibori’s sister, Christine Ibie-Ibori and his associate, Udoamaka Okoronkwo, guilty on counts of money laundering, in a verdict delivered at the Southwark Crown Court, London.

Ibori, via his media aide released a statement questioning the validity of the verdict which he claimed absolved the two other women, Ms Okoronkwo and Adebimpe Pogoson who were charged alongside his sister.

The jury’s verdict of 2 June 2010 however returned a guilty decision against Okoronkwo as well. Christine Ibie-Ibori and Udoamaka Okoronkwo were each sentenced to 5 years in prison on Monday 7 June 2010 by the UK court even as the defense counsel pleaded for mercy that the convicts were merely manipulated by Ibori.

On 27 February 2012, accused of stealing US$250 million from the Nigerian public purse, Ibori pleaded guilty to ten counts of money laundering and conspiracy to defraud at Southwark Crown Court, London.

Following the guilty plea entered by Ibori, the EFCC brought before an Appeal Court the 6 year old ruling of a Federal High Court in Asaba which acquitted Ibori in 2009.

The EFCC sought the court to set aside the ruling of the lower court on the grounds that the presiding judge, Justice Awokulehin, erred in law while delivering his judgement.

A three-man panel of justices at the Benin Division of the Court of Appeal on May 15, 2014 ruled that the ex- governor has a case to answer. With this judgment, the coast is clear for Ibori to face further trial in Nigeria upon the completion of his jail term in London.

On Tuesday, April 17, 2012, Ibori was sentenced to 13 years by Southwark Crown Court for his crimes.

Ibori was eventually released from prison in December 2016 after a court order, and after serving 4 years out of the 13 years he was sentenced to.

Following the release of Ibori from prison, efforts to repatriate money he stole from the people of Delta State have been underway.

According to DSCSCGC, the FG has already submitted three projects proposal to the UK government, they argued which will not benefit the people of Delta, and which they said is without the knowledge of the Delta State government, who are the beneficial owners of the said money.

While urging the Delta State Government to take up the matter, consult and collaborate with the FG to set up a transparent and accountable framework for the utilization of all recoverable stolen assets from the UK and other jurisdictions, the group vowed to vehemently resist any attempt to shortchange the people of Delta.

The group in the documents obtained by TNG also called on both UK government to be transparent on the transfer of Ibori assets to Nigeria.

“Information reaching us at Delta State Civil Society Coalition on Grand Corruption( DSCGC) is that the UK Government is in the process of returning $9.6m of Ibori money to Nigeria.

“Unfortunately, the FG is not sharing this information with Delta State Government on how to use the money.

“The FG has submitted 3 projects proposal to UK Government which will not benefit Delta State people and without the knowledge of Delta State who are the beneficial owners of the said money.

“We will vehemently resist this injustice as the money belongs to Delta State.

“We urge Delta State Government to consult and collaborate with the Federal Government of Nigeria to set up a transparent and accountable framework for the utilization of all recoverable Stolen assets from UK and other jurisdictions.

“We call on the Attorney General of Federal Government to invite the Delta State Government to discuss how to use the Ibori assets from UK Government immediately,” the group stated. 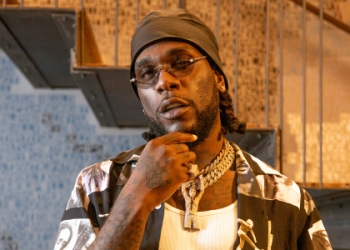 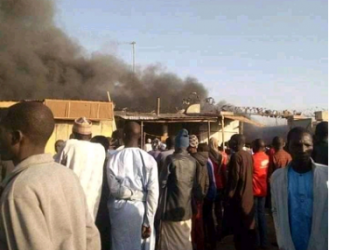