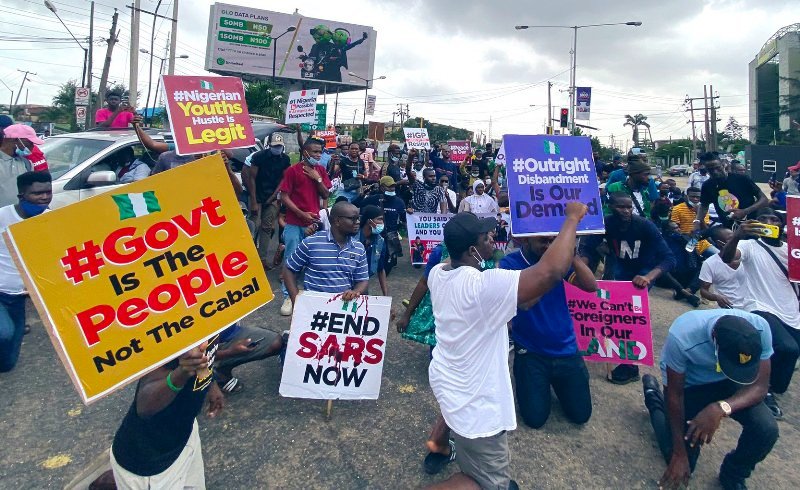 Catholic archbishop of Lagos, Alfred Martins has asked the federal government not to deploy soldiers to crack down on #EndSARS protesters across the country.

Protesters have been on the streets in the last one week, demanding better governance.

The protesters called on the authorities to scrap the special anti-robbery squad (SARS) over reports of harassment and brutality.

However, despite the disbanding of SARS, the protests have continued across the country with the youth insisting on total reform of the police.

On Thursday, the army pledged loyalty to President Muhammadu Buhari, vowing to defend democracy “at all cost”.

Reacting in a statement, Martins said the deployment of soldiers in protest grounds will lead to injuries and deaths, as well as escalate tension.

“Such a measure, if adopted, can only lead to injuries and possible deaths, and an escalation of the protests. It has the tendency of turning the largely peaceful protests into a violent one,” he said.

“We therefore urge the federal government to toe the line of engagement in dialogue, listening to the demands of the youth and other well-meaning Nigerians.

“We commend the government for acceding to the demands of the youth. Now, the whole country looks forward to practical steps that would be taken to implement them.

“We believe that a sincere and transparent response to the demands of the young people would go a long way in resolving the present impasse.”

He called on those protesting to ensure their activities are done peacefully and to avoid engaging in violence, as “the whole world is watching us to see how we handle this situation.”

On Saturday, the army announced that “Operation Crocodile Smile” will take off across the country from Tuesday.

Many have described this as an attempt to clamp down on protesters.