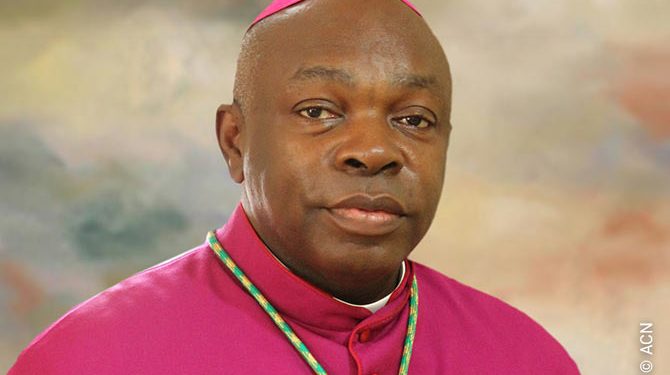 The Catholic Bishops’ Conference of Nigeria has warned the President Muhammadu Buhari-led government to take criticisms from Nigerians seriously as it is key to the very survival of the nation.

The clerics  made the remarks in a statement issued yesterday in reaction to the worsening insecurity and violence across the country.

The statement signed by CBCN’s president, Archbishop of Benin City, Augustine Akubeze urged religious leaders to desist from using inflammatory words that distort real messages sent to government on the troubling issues in the country.

The statement partly reads: “The Catholic Church in Nigeria, through the leadership of the CBCN, has spoken several times about the need for us to ensure that our democracy works for every Nigerian and not for only a few privileged politicians or those connected to them.

“We have, like other Nigerians, seen broken promises made by political leaders. The members of the CBCN, like other religious leaders, have spoken against what we considered Government’s failure concerning the constitutional obligation to protect lives and properties of Nigerians; to work for the welfare of everyone, to protect freedom of religious expression; to protect everyone against discrimination on ethnic or religious grounds or any other forms of discrimination.

“Nigeria is owned by Nigerians irrespective of political affiliation. APC Government must learn to listen to every Nigerian… It must be clearly stated to the Federal Government that if they continue to ignore the constructive criticisms and recommendations of Nigerians from every sector, the country will collapse and become ungovernable.

“To every religious leader, let us not use inflammatory words that distort real message we are sending to this government. We must be united in the fight for our common destiny as a people.” 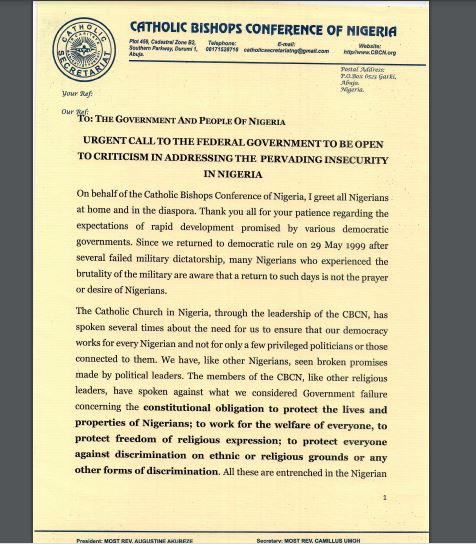 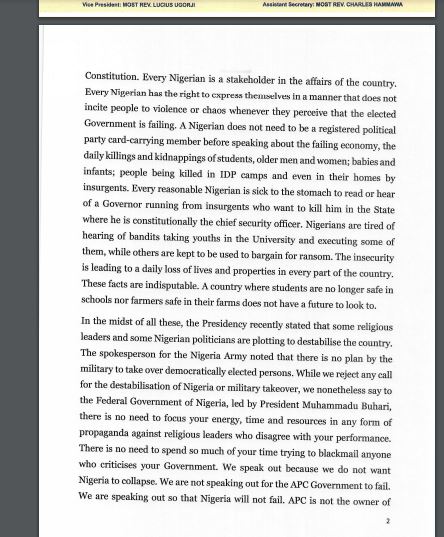 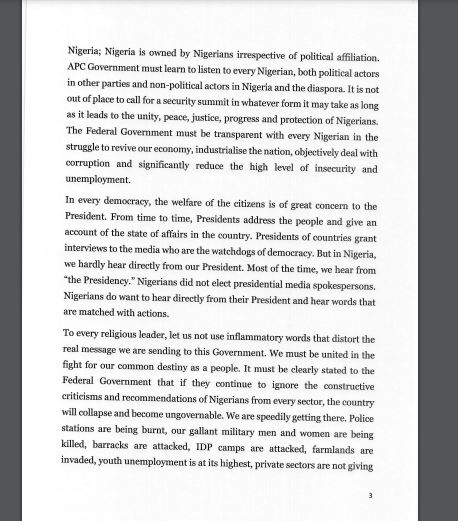 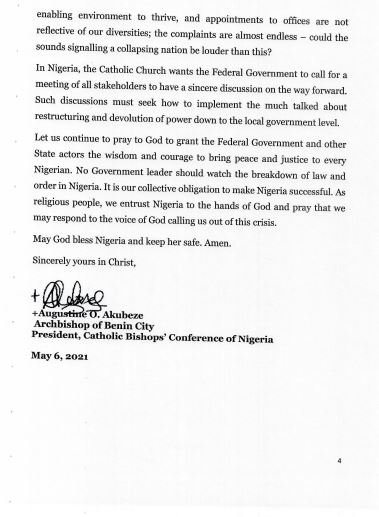